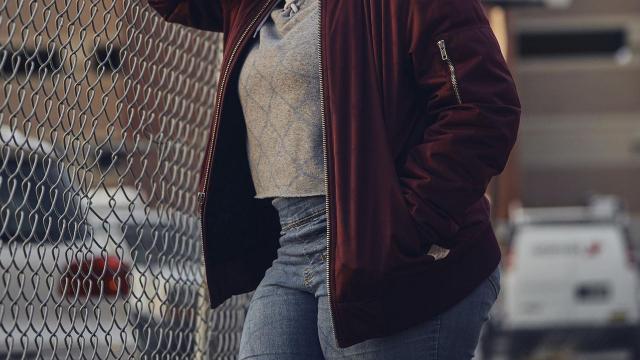 Aleita Cook, 17, has never taken a class in government, civics or economics. In the two social studies classes she took in her four years at a technical high school in Providence, Rhode Island — one in American history, the other in world history — she learned mostly about wars, she said.

Left unanswered, she said, were many practical questions she had about modern citizenship, from how to vote to “what the point of taxes are.” As for politics, she said, “What is a Democrat, a Republican, an independent? Those things I had to figure out myself.”

Now she and other Rhode Island public school students and parents are filing a federal lawsuit against the state on Thursday, arguing that failing to prepare children for citizenship violates their rights under the U.S. Constitution.

They say the state has not equipped all its students with the skills to “function productively as civic participants” capable of voting, serving on a jury and understanding the nation’s political and economic life.

The state allows local school districts to decide for themselves whether and how to teach civics, and the lawsuit says that leads to big discrepancies. Students in affluent towns often have access to a rich curriculum and a range of extracurricular activities, like debate teams and field trips to the state Legislature, that are beyond the reach of poorer schools.

The lawyers for the plaintiffs hope the case will have implications far beyond Rhode Island, and potentially prompt the Supreme Court to reconsider its 45-year-old ruling that equal access to a quality education is not a constitutionally guaranteed right.

“Our real hope for reinvigorating our democratic institutions comes with the young people and the next generation,” said Michael Rebell, the lead lawyer for the plaintiffs. “What we’re really seeking is for the courts, especially the Supreme Court, to take a strong stance on getting back to first principles on what the school system was established for in the United States.” Horace Mann, an early advocate of compulsory public schooling, wrote in 1847 that education’s purpose was to foster “conscientious jurors, true witnesses, incorruptible voters.”

More recently, the retired Supreme Court justices Sandra Day O’Connor and David Souter have called for a revival of civic instruction. Politicians from both parties have proposed civics lessons as a way to combat political ignorance and division.

The case is riding a wave of bipartisan anxiety about a national lack of civic engagement and knowledge, from voter participation rates that are among the lowest in the developed world to pervasive disinformation on social media.

Fewer than half the states hold schools accountable for teaching civics, according to a review in 2016 by the Education Commission of the States. Only 23 percent of American eighth-graders were proficient in civics on the 2014 National Assessment of Educational Progress, a test that included questions on the Constitution and the roles of the various branches of government.

Beyond civics classes, the suit also argues that the state’s neediest children, particularly Latino immigrants and students with special needs, are failing to acquire the basic academic skills they need to effectively exercise their rights to free speech and voter participation. Among eighth grade English-language learners in 39 states, those in Rhode Island ranked last in math and second to last in reading on the 2017 National Assessment of Educational Progress.

The Rhode Island Department of Education declined to comment on the allegations in the suit.

The argument Aleita’s lawyers are making will be a heavy legal lift, as federal courts have, for four decades, been hostile to education inequality claims.

In the 1973 case San Antonio v. Rodriguez, the Supreme Court ruled 5-4 that the state of Texas had not violated the equal protection clause of the 14th Amendment by funding schools in low-income neighborhoods at lower levels than schools in more affluent areas. In July, a federal judge in Michigan declined to challenge that precedent, ruling that “access to literacy” was not a constitutional right for schoolchildren in Detroit.

The plaintiffs’ lawyers in the Rhode Island case believe that, by focusing on civics, they can take advantage of an opening in the Rodriguez ruling. Justice Lewis F. Powell, writing for the majority, agreed with a dissenter in the case, Justice Thurgood Marshall, that educational inequality might rise to the level of a constitutional violation if it prevented students from exercising their “right to speak and to vote.”

Still, the difficulty of overcoming the Rodriguez precedent has led many education advocates to forgo federal courts in favor of state courts.

Nearly every state constitution guarantees the right to an adequate education. But “there is broad skepticism, even on the part of many legal liberals, that the Constitution of the United States gets involved in these sorts of matters,” said Justin Driver, a law professor at the University of Chicago and an expert on education litigation.

Rebell, the plaintiffs’ lawyer, represented New York students for 13 years in a state-level case, which led to a landmark 2003 ruling in the students’ favor over equitable school funding. But he said he continued to believe in the importance of a federal strategy. He said the civics case would make a novel, and nonpartisan, appeal to the nation’s most prominent judges and justices.

“Schools are the place where students can, and should, learn about democratic institutions, their importance, their values and disposition,” Rebell said. “I’m banking on the fact that what you might call establishment Republicans like John Roberts will really look at this on the merits, and will consider the broad implications.”

Chief Justice Roberts recently rebuked President Trump for referring to a judge who ruled against the administration’s asylum policy as an “Obama judge” — and in doing so, offered a civics lesson of sorts on the independence of the judiciary.

History and civics have become curricular “stepchildren,” said Luther Spoehr, a professor of history and education at Brown University in Providence, because of the pressure on schools to raise test scores in reading and math and prepare children for work in an unforgiving economy.

Though he acknowledged that standardized tests are unpopular with many parents and teachers, Spoehr said that without higher-stakes exams in government or history, schools would probably never give priority to those subjects.

“What’s taught is what tested,” he said.

Even if the Rhode Island lawsuit is not legally successful, he said he hoped it would create political pressure for better education in citizenship. Aleita Cook, the plaintiff, is finally getting a powerful civics lesson by participating in the case. Though she will soon graduate from the Providence Career & Technical Academy, with plans to study photography in college, she said she wanted Rhode Island public schools to improve for her siblings’ sake.

“I don’t know what I’m supposed to know,” she said. “We’re hoping we win this lawsuit and change it to where my younger brothers can have a really good education, and go into adulthood knowing how to vote, how to do taxes, and learning basic things that you should know going into the real world.”