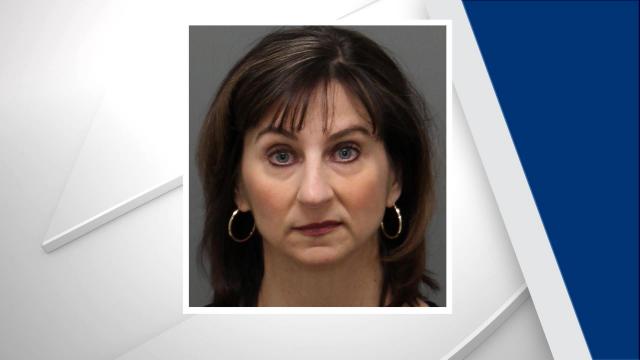 Raleigh, N.C. — A former deputy director of the Wake County Register of Deeds Office alleges in a new lawsuit that he was fired last year because his efforts to automate cash-handling systems in the office uncovered an embezzlement scheme.

Darryl Black is seeking compensatory damages for lost pay and benefits as well as punitive damages against his former boss, Laura Riddick, in the lawsuit filed last Friday.

Riddick, who resigned as register of deeds last April, citing health concerns, was indicted last month on charges she stole more than $900,000 from the deeds office over seven years. Three other former employees in the deeds office also were indicted on charges that they embezzled a total of $205,000.

Black joined the deeds office in March 2016 and was responsible for daily operations. Within weeks, he noticed "significant discrepancies" in the office's financial records and met with another staffer to try to resolve them, according to the lawsuit.

"[Black] noted off-book financial transactions, pooling of cash, lack of documentation, insufficient separation of duties, lack of regular audits and no independent reconciliation to the source transaction information maintained in the IT system, the lawsuit states.

When Riddick learned of Black's efforts, she told him to stop, ordered other deeds office staffers to report his actions to her and ostracized him within the office, according to the lawsuit.

"[He] was not allowed to participate in key meetings he had participated in before. [He] was instructed by Riddick to limit his interaction with other organizations and to copy her on any communications outside the office," the lawsuit states. "Riddick in effect removed any supervisory control [he] had over the organization."

By September 2016, Riddick said she wanted Black out of the office and that she was looking for his replacement, and when Riddick and other deeds office staffers were sworn in for new terms following the elections in November, she refused to have him sworn in as well, the lawsuit alleges.

The IT staff completed Black's requests to automate cash reports by 2017, and Riddick ordered that Black be fired on Feb. 10 to provide him 30 days' notice, according to the lawsuit.

By then, the discrepancies had been reported to Wake County Manager Jim Hartmann, who brought in outside auditors to review the finances of the deeds office. Wake County District Attorney Lorrin Freeman called in the State Bureau of Investigation in March, launching the criminal probe that led to the indictments of Riddick and the others.

John Stephenson, the county's internal auditor, has said an average of $1,100 to $1,900 a day was taken from the office's cash receipts for vital records since at least 2008.

The county filed an insurance claim in August, stating a loss of $2,333,591.30 from the Register of Deeds Office over nine years because of "employee dishonesty or employee theft." Freeman has said that total included mistakes and waived fees, as well as possible criminal cases which authorities don't have enough evidence to pursue.

Register of Deeds Charles Gilliam, who was appointed to head the office after Riddick stepped down, has since overhauled how the office handles money, training employees to audit one another on a daily basis and rotating that responsibility.