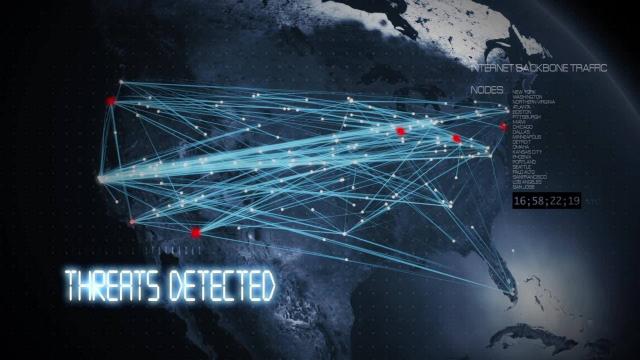 WASHINGTON (CNN) — Congressional negotiators have rejected the House's plan to create a new "Space Corps" -- omitting the proposal for a new military branch under the umbrella of the Air Force from the final version of a nearly $700 billion bipartisan defense policy bill called the National Defense Authorization Act.

Despite support from House Armed Services Committee leaders -- including chairman Mac Thornberry -- the Space Corps proposal will not be included in the final NDAA for fiscal year 2018. Though the bill does contain language directing further long-term study of the issue, according to senior staff for both armed service committees, who briefed reporters on the contents of the bill Wednesday.

The proposal, which was included in the House's National Defense Authorization Act, would have set up a Space Corps in the mold of the Marine Corps, which is a separate military branch that's housed within the Navy.

The authors of the idea argued that a separate and dedicated force devoted to space is needed to keep the US ahead of adversaries like Russia and China in the still-emerging domain of space war, arguing the Air Force is primarily devoted to fighting in the air, rather than space.

Rep. Mike Rogers, the Strategic Forces Subcommittee chairman who proposed the idea, has argued that the Air Force was prioritizing its fighter jets over space, and a dedicated service was needed to stay ahead of China and Russia in what many see as the next frontier of warfare.

But the idea was opposed by Pentagon leaders and the White House, who argued the idea was premature and needed more study.

Defense Secretary James Mattis even took the rare step of writing a letter supporting an amendment to remove the Space Corps from the House's version of policy bill earlier this year.

"It's unusual for us to write on an issue like that," Mattis told reporters in July. "I don't want to say anymore right now. I leave that to Congress -- I made known what I think and now we'll leave it to Congress and their legislative role."

Ultimately, the Space Corps plan was left out of the FY2018 NDAA which authorizes a total of $692.1 billion in discretionary budget authority -- approximately $626.4 billion in base budget authority and roughly $65.7 billion for Overseas Contingency Operations (OCO), senior staffers said.

But negotiators did include a series of management and procedural changes to the existing Air Force space programs in an effort to "begin fixing the broken national security space enterprise," according to a summary of the bill.

Incorporating the work of several of the lawmakers behind the House's Space Corps plan, the changes are meant to streamline Air Force acquisition authorities, eliminate burdensome red tape, empower a single accountable organization for space forces within the Air Force and place renewed emphasis on the organization and management of space in the Department of Defense.

The bill also looks to hold the Deputy Secretary of Defense responsible for the full and faithful execution of these improvements by requiring oversight by a federally-funded research and development corporation that is not affiliated with the Air Force.

A contract will require the deputy secretary to "provide Congress with a roadmap to establish a separate military department responsible for national security space activities of the DoD," according to the summary.

"We are pleased the National Defense Authorization Act for Fiscal Year 2018 takes the first step in fundamentally changing and improving the national security space programs of the Department of Defense and the US Air Force in particular," said Rogers and HASC ranking member Rep. Jim Cooper in a joint statement Wednesday.

"The Air Force will no longer be able to treat space as a third-order priority after fighter jets and bombers," the statement said. "We have consolidated leadership and coordination between operations, acquisition and training, and eliminated the decentralized and ineffective structure that for too long hampered our space capabilities and readiness."

But Rogers and Cooper also noted that the changes outlined in the NDAA are just a starting point when it comes to rethinking the way the US military prioritizes the space domain.

"This is just the first step. We will not allow the United States national security space enterprise to continue to drift toward a space Pearl Harbor," they said.

In addition to changes in space-related policy, the bill would also fully authorize a pay increase for service members, increase missile defense, and add additional ships and aircraft.

"The bill fully funds the 2.4% pay raise our troops are entitled to under law while blocking the President's ability to reduce troop pay," according to the summary.

The bill also "adds $4.4 billion above the President's initial budget request to meet critical missile defense needs" -- authorizing up to 28 additional ground-based Interceptors and "requiring the Missile Defense Agency to develop a space-based sensor layer for ballistic missile defense," according to the summary.

That fight will occur later this year over the defense appropriations bill, which is a separate piece of legislation that allocates spending for the Pentagon.

The collaborative NDAA bill unveiled Wednesday will be sent back to the House and Senate for another vote in the coming weeks.