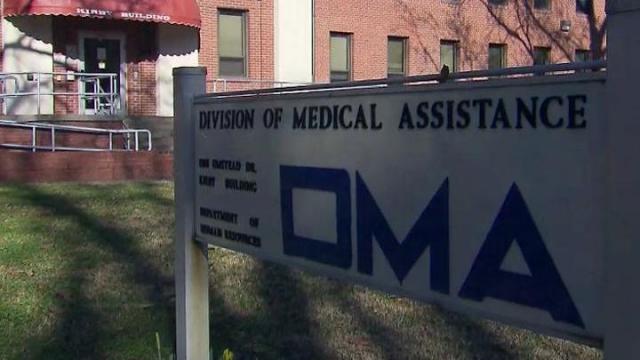 Raleigh, N.C. — State lawmakers will ask Secretary of Health and Human Services Rick Brajer on Wednesday why he put the brakes on mergers between local mental health agencies despite years of encouragement from the General Assembly for the LME/MCOs to hook up.

The Joint Legislative Commission on Governmental Operations meets Wednesday to review a number of topics, including a controversial prison maintenance contract and the University of North Carolina Board of Governors, along with a passel of lower-priority matters.

Board of Governors, prison contract stories have top lawmakers' attention

The merger question came up following meetings between Brajer and LME-MCO executives in October and a follow-up memo drafted on Oct. 30. Brajer told the mental health agencies that no more mergers would be allowed until "early summer for 2016."

Local Management Entity-Managed Care Organizations are publicly-funded nonprofit health care companies that focus on treating mental illness and substance abuse and providing services to those with intellectual and developmental disabilities.

"From a legislative standpoint, we've been encouraging mergers and partnerships because we think there's some savings that can be produced," said Rep. Donny Lambeth, R-Forsyth.

Bigger groups, he said, would have bigger reserves and could save on administrative overhead.

A large merger between Cardinal Innovations, whose service territory already reaches from Mecklenburg County into the Triangle, and Centerpoint, which serves a four-county area around Winston-Salem, is pending but was put on hold by Brajer's action, along with all other potential mergers.

In his Oct. 30 memo, Brajer explains that his department is still picking through the potential consequences of a recently passed Medicaid reform package.

"This way, everyone will know what future we're driving toward, decisions can be made by boards, counties and DHHS within that context, and the State can be assured that movement within the system will neither disrupt services nor destabilize the system," Brajer wrote.

Medicaid reform passes; could be years before patients see change

If the plan passed by lawmakers this summer becomes reality, North Carolina's Medicaid recipients will have a choice of whether they will be served by a managed care company operating on a statewide contract or one of several regional "provider-led entities" created by local hospitals and doctors.

Although the plan isn't definitive about what will happen with Medicaid patients whose primary diagnosis revolves around mental health, it does envision phasing out LME-MCOs over the next decade.

"We're trying to figure out what it all means as well," said Richard Topping, chief executive of Cardinal Innovations.

However, he said, the state has clearly given LME-MCOs encouragement to merge, and whatever the future might hold for the mental health providers, growing in size will help them absorb the coming changes and compete for business.

"No are no more no-bid behavioral contracts," Topping said. "So, for us, we've got to be big enough, efficient enough, effective enough that we're competitive because people are going to have a choice."

Rep. Nelson Dollar, R-Wake, a member of the oversight committee who has worked on mental health policy, said it may make sense form the department to put mergers on hold until the landscape for Medicaid reform is more clearly drawn. And, he said, it may help LME-MCOs like Cardinal remain viable under the new regime.

"There are a number of members (of the General Assembly) like myself who believe that the LMEs have been successful and should play a role going forward," Dollar said.

Lambeth said he expects the Governmental Operations committee will prod Brajer to move through whatever evaluation he needs quickly so that mergers can go forward. He added that a separate oversight committee focused on Medicaid that he co-chairs would likely take up the topic in December.