Lawmakers say Graham should be in Statuary Hall 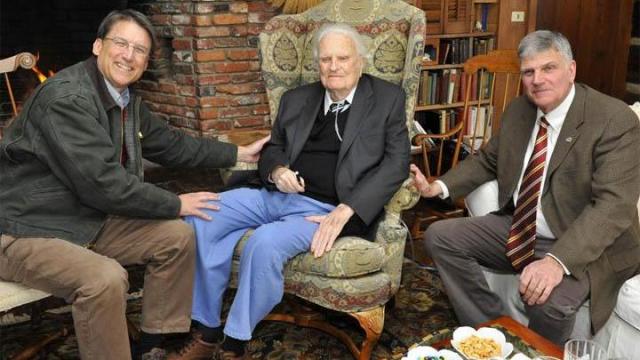 "He is someone that I think all of North Carolina can be proud of," Jeter said Friday.

Jeter's bill officially asks Congress to make the switch and creates a committee to raise money for and commission the Graham statue.

Aycock's controversial heritage factored into the move as well.

Although he is known as an early and staunch proponent of education whose administration saw the construction of some 3,000 school houses and laws curbing child labor, he was also a racist and outspoken white supremacist. His speeches helped lead to the 1898 Wilmington Race Riots. In recent years, the state Democratic Party has taken his name off of one of its major fundraising dinners, and just this year, East Carolina University's Board of Trustees unanimously voted to change the name of building named in his honor.

"Gov. Aycock lived in a different time and a different era. I am not, with this bill, trying to pass judgment on his life," Jeter said.

While the onetime governor had important accomplishments, Jeter said, "He also had faults that most of us today would consider unconscionable."

Each state has two statues in Statuary Hall, what is also known as the Old Hall of the House in the U.S. Capitol. North Carolina's other statue is of Zebulon Vance, a governor and U.S. senator.

The resolution proposing the switch notes Graham's national prominence and the fact he has preached around the world and has made Gallup's list of the Top 10 Most Admired Men 55 times.

"Reverend Graham has also counseled world leaders and has participated in many historic occasions and has been called upon as the 'nation's pastor' during times of national crisis," reads the resolution. "He spoke at the National Cathedral service in Washington, D.C., three days after the 9/11 attack in 2001, as the nation and world watched and listened."

Jeter acknowledged that the preacher is not entirely without controversy.

For example, in 2012, he lent his voice to a newspaper ad backing the North Carolina constitutional amendment banning gay marriage that was recently struck down by federal courts.

Jeter said it was U.S. Sen. Richard Burr who originally made the suggestion for a change in statues at an event in December. Jeter said he moved forward with the bill after contacting the Graham family and getting their permission. Jeter's legislative district is home to the Billy Graham Library, which will serve as the nonprofit manager for the effort to raise money for the statue.

Although more than 1,000 bills have been filed at the General Assembly, not all of which will move, he said the Graham measure should move easily.

"This might be one of the easier things we try to get done this year," he said. "We think it's almost a no-brainer."