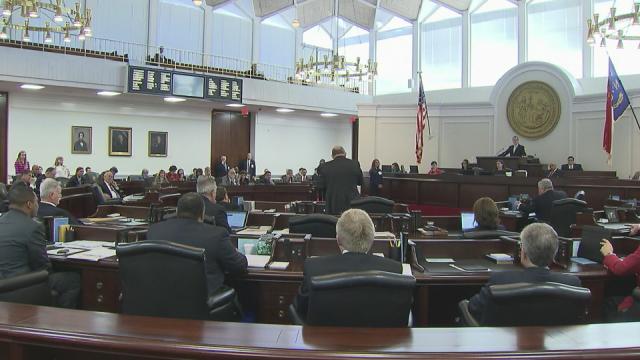 Raleigh, N.C. — The General Assembly has just announced it will play hardball with Gov. Pat McCrory in their ongoing spat over making appointments to boards and commissions by withholding confirmation to certain executive branch appointments.

That move comes after a three-judge panel ruled Monday afternoon in favor of McCrory in his separation-of-powers lawsuit against the legislature. Specifically, the judges said that lawmakers unconstitutionally stripped McCrory of certain powers when they created independent panels to manage coal ash cleanup and oversee mining and gas exploration.

While both McCrory and top legislative leaders are Republicans, they do not see eye to eye on this or a number of other issues.

Senate Rules Committee Chairman Tom Apodaca said that legislative leaders were "concerned" that the ruling could rewrite the relationship between the General Assembly and the executive branch.

"I think each of you should be concerned, too," Apodaca, R-Henderson, told his colleagues on the Senate floor.

Given that, Apodaca said, the Senate was calling off its nominating committee scheduled for later this week that was to take up gubernatorial appointments for director of the State Bureau of Investigation, Commissioner of Banks, a member of the Industrial Commission and other posts.

"If the court has decided that these commissions that the governor sued us on are not legal or the process is not correct, that has ramifications on almost every other board we appoint jointly or make confirmations on," Apodaca said.

"We think we need to have a clear understanding of what are and are not the constitutional roles in making these appointments," Lewis, R-Harnett, said.

The three-judge panel ruled on only a trio of boards and did not strike at other boards and commissions that lawmakers appoint. So, while lawmakers may have real concerns, their move Monday night has a somewhat punitive air about it as well.

For the governor, that could mean trouble on more than just appointments. McCrory just rolled out his budget plan and has been flogging a legislative agenda that depends on cooperation from the legislature. For example, he has been on the stump around the state to lobby for the reinstatement of a tax credit used to revive historic mill and warehouse buildings.