Lawmakers push back on proposed changes to State Health Plan 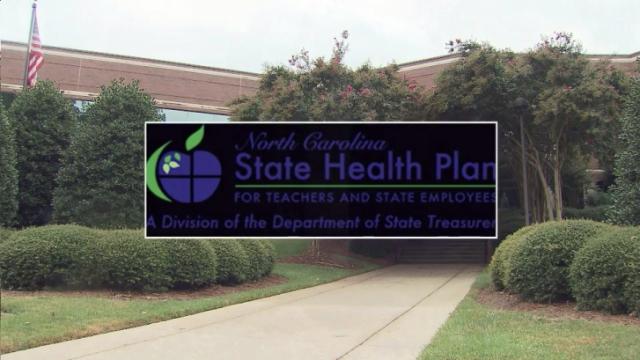 Raleigh, N.C. — A House committee voted overwhelmingly Tuesday to halt proposed changes to the State Health Plan until the end of next year so that a thorough study of the plan's operations and potential cost-saving measures can be conducted.

State Treasurer Dale Folwell began pushing last fall to set prices the State Health Plan would pay hospitals and other providers for specific procedures. He said the change would save the state about $300 million a year and would provide more transparency and consistency – Blue Cross Blue Shield of North Carolina, which handles claims for the plan, currently negotiates rates with health systems in secret.

Health care providers have furiously fought against Folwell's proposal, calling it in a television ad campaign a "risky scheme" that would make it harder for some people to get needed care.

The battle was so high stakes, said Rep. Josh Dobson, R-McDowell, a sponsor of the study legislation, that he and other lawmakers have endured "personal attacks" in recent months.

"After all of the heated rhetoric is set aside, we want to bring all stakeholders to the table," Dobson said. "We want buy in from all involved that doesn't put access to health care at risk."

Proposal might save NC $300M in health care costs. Hospitals say it's a bad idea

The commission would come up with recommendations by December, and lawmakers would implement changes by December 2020.

The State Health Plan has more than 720,000 state employees, retirees and teachers as members, and it spends some $3.3 billion a year. Eighty percent of that comes from taxpayers.

Rep. Donna White, R-Johnston, is a retired state nurse and said she recognizes the concerns of state workers and retirees. But changes are "not just about the numbers," she said.

"We cannot fix the problems with health care with a shock-and-awe model," White said. "We need to take baby steps and work collaboratively."

Rep. Cynthia Ball, D-Wake, noted that North Carolina is in the middle of overhauling its Medicaid program, moving to a managed care model, and seeing other changes in health care, so it's probably not the best time to dive headfirst in a major change with the State Health Plan as well.

Rep. Phil Shepard, R-Onslow, was one of only two votes against the measure in the House Health Committee. He said he has been overwhelmed by "propaganda" on both sides of the debate but said he had heard from more constituents opposed to the bill than in favor of it.

"I know we have to do something, but there are a lot of unanswered questions for me," Shepard said.

The bill has two more stops before reaching the House floor. If approved there, it still must go through the Senate.