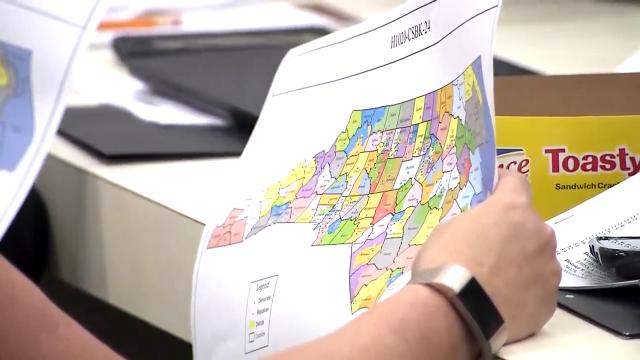 Raleigh, N.C. — State lawmakers are just starting the conversation on delaying local elections, making it too soon to say what they may decide, but "obviously" some changes may need to be made, a key House leader said Wednesday.

The State Board of Elections voted Tuesday to ask the legislature for a one-year delay and to push next year's congressional and legislative primaries back two months.

The reason: census delays. The once-a-decade count is used to redraw voting districts across the country, and the Census Bureau said recently that states shouldn't expect the data they need to do those redraws until September. This was the second time the agency announced a delay in its process.

More than 60 municipalities in North Carolina have governing bodies whose members are elected from districts that may need to be redrawn, and there won't be time to do that and hold the traditional odd-year city elections this year, state Elections Director Karen Brinson Bell told lawmakers Wednesday.

Some localities can change their own election schedules, but the State Board of Elections wants the General Assembly to move all municipal elections to 2022 to simplify things. That would presumably lengthen current terms for city council members and mayors around the state by about a year.

A New Delay for Census Numbers Could Scramble Congressional Elections

The proposal also contemplates pushing the state's U.S. Senate, U.S. House and General Assembly primaries next year from March to May to give state officials an extra two months to prepare. Filing in those races would move back as well, since candidates need to know the new district lines before jumping into a race.

General elections still would be in November.

Brinson Bell formally delivered the delay request to a House committee Wednesday. Afterward, Rep. Destin Hall, R-Caldwell, chairman of the powerful House Rules committee and a former co-chair on the House Elections committee, said discussions "are only beginning" and that he didn't have a good read yet how much consensus there is on a schedule.

"Obviously, some adjustments may need to be made for municipal elections, depending on when we get census data," Hall said in a text message.

Once the census data comes, legislators will redraw their own state House and Senate districts, as well as the state's congressional districts. Because of population shifts around the country, North Carolina is likely to gain a 14th congressional seat in the process, reworking the map significantly.

Once that's done and the information is delivered to the State Board of Elections, Brinson Bell said election officials need another two months to get everything reprogrammed on their end.