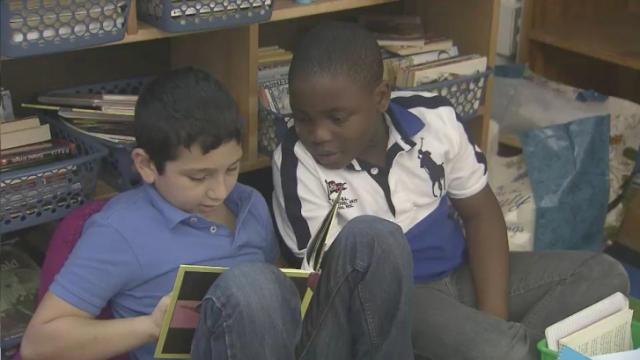 Raleigh, N.C. — Despite reservations that it doesn't go far enough, legislation intended to improve the Read to Achieve program in North Carolina elementary schools is on its way to Gov. Pat McCrory.

The House voted 70-43 on Thursday to concur with changes to the program approved by the Senate.

The 2012 Read to Achieve law requires 36 tests to assess whether third-graders are up to grade level in reading comprehension. Those who aren't must either attend a six-week reading camp over the summer or repeat the third grade.

Since its implementation, however, teachers, parents and school administrators have complained that the law is overly strict and requires too much testing – three tests for each of 12 reading standards, all administered in the second half of the school year.

The new measure, which the Senate passed last week, gives school districts more flexibility in the summer reading camps, allows alternative assessments and spreads the testing throughout the third-grade year.

Rep. Rick Glazier, D-Cumberland, criticized the bill and the approval process, noting that the legislation could have been improved if the House Education Committee had been given a chance to vet it. Changes he suggested included allowing students who perform well in one test to skip subsequent assessments in a particular standard and letting teachers and parents decide whether to exempt some students from the testing if it's clear they won't pass and need to attend the summer reading camp.

Parents also need to know earlier about the requirements, said Rep. Marvin Lucas, D-Cumberland. "You can't wait until it's too late to correct deficiencies," he said.

They said the House should vote to send the measure to a conference committee to make changes.

Although he agreed that his Democratic colleagues made good points, Rep. Charles Jeter, R-Mecklenburg, argued that the House should lock in the gains in Read to Achieve in the bill and move on.

"Why do you think sending anything back to the Senate is going to make it better?" Jeter asked. "We've got 70 percent of what we've got. Let's put it on the shelf and lock it up."

Rep. Jeff Elmore, R-Wilkes, added that there's no time to address the proposal in conference committee because summer reading camps will begin in a couple weeks.

Glazier disagreed with Jeter's assessment, saying the bill tackles only 20 percent of the problems with Read to Achieve. Lawmakers will regret not even trying to improve it further, he said.