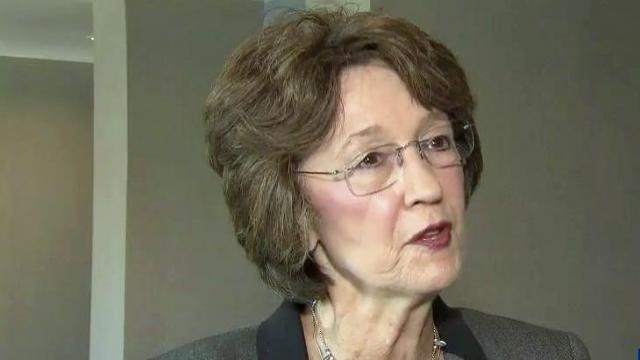 Raleigh, N.C. — A Republican North Carolina lawmaker is calling on Democratic Secretary of State Elaine Marshall to resign or face impeachment over her handling of notary public licenses, but Marshall says the move is politically motivated.

"If the secretary chooses not to resign, I will proceed with all legislative actions, including a resolution for impeachment," Millis said.

Millis said his investigation began last September, when he "came across an article that reported that the North Carolina secretary of state may have commissioned illegal immigrants as notaries public – a direct conflict with state and federal law."

He said he received 1,700 pages of documents in response to his request in February for documents on file of notary public license applications. His review of the documents leads him to believe that 320 people who do not legally reside in the United States have been commissioned as notaries public over the past nine years, he said.

The bulk of those, 250, were in the federal Deferred Action for Childhood Arrivals program and submitted DACA driver's licenses or employment authorization cards as proof of identity and eligibility, Millis said. In other cases, he said, people had submitted NAFTA work authorizations or Mexican passports, and one even had a final deportation order filed against her.

Neither state nor federal law requires that a notary be a U.S. citizen. He or she must, however, "reside legally in the United States." The issue appears to be the definition of legal residency.

DACA is a federal program that allows unauthorized immigrants who were brought to the United States as children to work and study in the country, but the U.S. Customs and Immigration Service website states that it does not give them "lawful status" in terms of immigration.

Deputy Secretary of State Haley Haynes told a legislative oversight committee in December that more than 500 notaries are not citizens and that the office is "keeping up with them."

Millis, however, claimed Tuesday that the office's notary application form does not say it accepts DACA documents or other non-green-card immigration documents for verification of identity or residency, and he accused Marshall of trying to deceive the public about it.

"A notary is a ministerial officer of the state of North Carolina, appointed to perform acknowledgements, oaths and affirmations, verifications. But one important specific power a notary has in our state is the power to witness absentee ballots," Millis said. "In this era of heightened sensitivity to voter fraud, election interference, contention over immigration policy, it is especially troubling that the secretary has commissioned more than 320 alien notaries who can single-handedly validate absentee ballots."

Asked whether he had any evidence that any of the 320 had actually done so, Millis said that he does not but that the issue would be part of "Phase 2" of his investigation.

"This is simply a rehashing of the political attack used by my opponent [Republican Michael LaPaglia] in the recent election," Marshall said in a statement Tuesday afternoon. "The U.S. Department of Homeland Security has authorized the specifically mentioned notaries to work here lawfully. That federally authorized status continues to be unchanged by the new presidential administration.”

Millis has filed a bill to require all notaries public in North Carolina to be U.S. citizens.