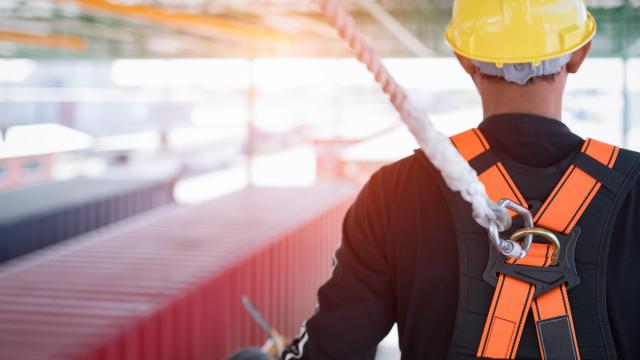 Wake County is experiencing a population boom. In fact, from 2017 through 2018, the area's population increased by more than 20,000 — the largest jump in the entire state.

In reaction to this increase, the housing and job markets are also undergoing exponential growth. Just take a drive around Raleigh and you'll likely find a new development — whether residential or commercial — cropping up every few blocks.

While this boom is great news for the construction industry, it also means that more workers are at risk of injury, especially when construction and construction-adjacent jobs like roofing and structural iron and steel work are some of the most dangerous jobs in the country, according to Business Insider.

The United States Bureau of Labor also backs up this claim, finding that construction jobs have some of the highest rates of injury and illness compared to other occupations. In 2018, there were around 200,000 non-fatal injuries stemming from private-sector construction. Additionally, on a more local level, the private construction sector saw the highest number of fatal injuries out of any other field in North Carolina in 2017.

For Raleigh-based law firm Martin & Jones, its recent caseload has reflected just how dangerous the industry can be.

“Over the course of the last five years, we have noticed a steady uptick in the number of calls from people injured on construction projects,” said Forest Horne, a partner and attorney at Martin & Jones. “The vast majority of those injuries are from falls, because some contractors don't practice fall protection. To keep people from falling off roofs or through stairwell openings that are uncovered, you need to have things like braces on the sides of buildings.”

Falls are one of the most common and dangerous risks in the construction world, listed as second in fatalities last year, preceded only by transportation. Additionally, every year, the Occupational Safety and Health Administration releases a list of the top 10 most-cited violations of their standards.

In 2019, the most common violation cited was Fall Protection - General Requirements, totaling 6,072 citations. It marked the ninth consecutive year this has been the case. Not only that, but the next most cited violation, Hazard Communication, was nearly half that number, coming in at 3,671 cited violations.

The common thread between each? They're all risks associated with construction work.

Unfortunately, even though the risk of injury is high, uninsured employers are particularly common in the construction industry, which often leads injured workers to mistakenly believe they have no shot at recuperating costs and expenses.

"In certain cases, where work has been subcontracted to an uninsured company, we can look up the chain of contracts and hopefully find coverage with a different company," explained Steven Corriveau, an attorney at Martin & Jones. "I've heard many times when someone gets hurt on the job — especially in the construction industry — that they were told right away, 'Well, too bad, I don't have workers' comp insurance.' But that turns out not to be the end of the story."

In Horne's experience, he's also seen the issue further complicated by the misconception that legal status will affect one's eligibility to make a claim. This belief leads to a number of undocumented workers sustaining work injuries and not bringing forth a case for compensation out of fear.

"I think it's important for people to know that it doesn't matter. That's not going to preclude you from recovering workers' compensation, benefits or bringing a third party claim," Horne reassured. "It's a very serious issue that we've had to speak with clients and potential clients about over the years, and reassure them that nothing is going to happen to them by pursuing a claim within the court system."

In addition to pursuing a workers' compensation claim, workers may be entitled to other compensation depending on how they were injured, according to Horne. For example, if a piece of machinery malfunctioned in any way and led to harm, then the machine manufacturer could be pursued for sending out a faulty piece of equipment.

In one particular case, Horne and his colleagues were helping a temporary worker receive compensation after he was severely burned. Since the worker was employed through a staffing company, they were able to pursue claims against both the temp agency and the facility where he worked. By doing so, they were able to massively increase the compensation he was entitled to.