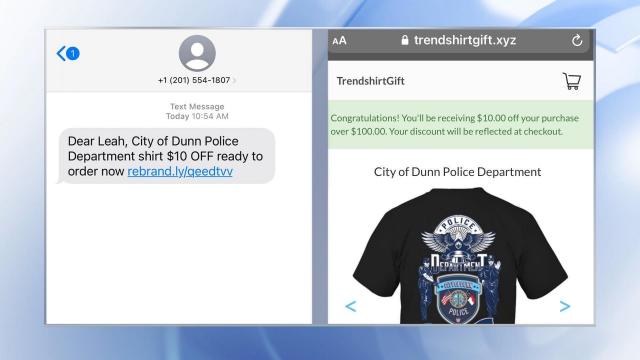 The cautions are coming from police departments and cities located across North Carolina. Multiple law enforcement officers warned people are getting text messages from unknown numbers trying to sell T-shirts.

The texts contain a link which take users to a website prompting them to make a purchase.

The Bladen County Sheriff's Office also tweeted it is not selling T-shirts.

A viewer told WRAL News they received an alert from Seymour Johnson Air Force Base in Goldsboro advertising $10 T-shirts, which was also believed to be a scam.

There were no additional details about the scams.