How much does 'the cloud' know about you?

Raleigh, N.C. — Advertising has evolved since its glory days in the mid-1950s, according to JoAnn Sciarrino, professor of Digital Advertising and Marketing at the UNC School of Media and Journalism, and it all has to do with changes in the digital age. Tons much information comes in and out of the cloud on a daily basis.

Today, the word "digital" goes hand in hand with "social media." Advertisers and marketers take advantage of the user information provided to social media sites, which collect demographics, location and online behavior to build a consumer profile from everything we post. They call it targeted advertising. The term is coined from the idea of marketed segmentation, attributed to Wendell R. Smith, a business expert in the 1920s. It is a key resource for businesses small and large.

Facebook is a big user of cookies, files it sends to identify an individual computer or phone, and then sells them to third-party businesses which return to your screen in the form of advertising. But how much do they know?

Jon Sternstein, the CEO of Stern Security, a data security consulting company in Raleigh, says that it’s a normal part of signing up and posting stuff online.

Regular social media users, like Justin Fouts, a UNC freshman, are surprised by how well these business use the information he posts and what sites he visits. 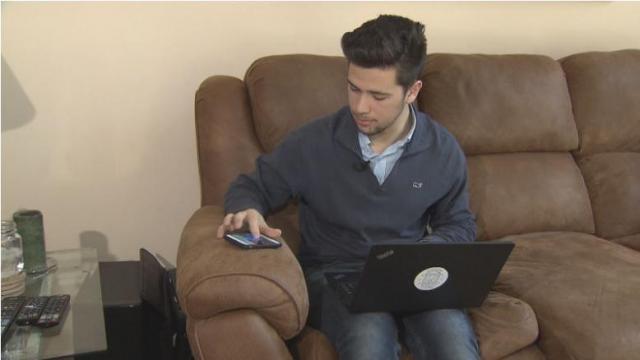 He recently received tickets to a showing of "The Bodyguard" at the Durham Performing Arts Center, and looked up the show times and the play's background information online. Not too long after, he noticed an ad on his Instagram feed promoting the play.

“My consumer profile would not be a Broadway-type because I don’t ever Google plays, or shows or even Whitney Houston. But the second I do – Wow. It’s crazy! It's really crazy,” Fouts said.

Sciarrino and Sternstein both agree that the only way consumers can avoid targeted ads is discontinuing their use and subscription to these sites.