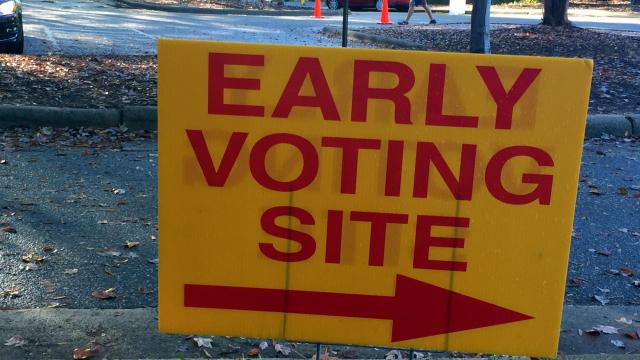 Raleigh, N.C. — House and Senate Republicans looked Thursday to short-circuit a potential legal challenge to their already-passed early voting changes by moving to add the final Saturday before Election Day back to the voting calendar.

The day, one of the most popular to vote in North Carolina, had been removed as part of a bill that otherwise expanded early voting by lengthening the weekday hours that voting sites will be open.

A bill to restore the day was hastily unveiled late Thursday afternoon in the Senate Rules Committee and sent to the Senate floor with no debate.

House Bill 335 requires each county to open its elections office for early voting from 8 a.m. to 1 p.m. on the final Saturday before the 2018 general election. Counties can choose to open other early voting sites as well.

The bill cleared the state Senate 46-0, with Democrats complaining only that it applies only to this year and not long-term.

Canceling the last day of early voting was a major criticism of changes the legislature finalized this week over Gov. Roy Cooper's veto. Sen. Ralph Hise, R-Mitchell, chairman of the Senate Elections Committee, said the change would remove a potential avenue for a lawsuit.

"We just want to make sure that the 2018 election goes smoothly," said Hise.

In the House, where tempers were running white-hot Thursday evening, Rep. David Lewis, R-Harnett, the sponsor of the bill that removed the final Saturday, said Republicans had "listened" to the Democrats during the debate over that bill.

"The last Saturday is important. That was made clear during the debate and in subsequent research that I’ve done," said Lewis. "So I worked with our colleagues in the Senate to restore that day."

"What happened? Did you get a guilty conscience?" retorted Rep. Mickey Michaux, D-Durham.

The House passed the measure 99-2. It now goes to Gov. Roy Cooper for his signature.