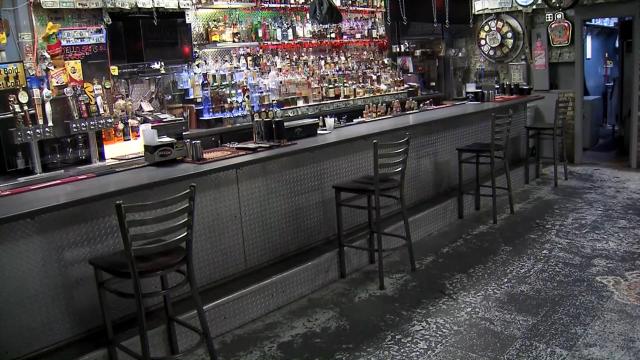 Raleigh, N.C. — Legislation that quickly passed the House on Tuesday would give bars still closed by state orders a break on their alcohol permit fees, resurfacing an idea that time ran out on the last time lawmakers gathered in Raleigh.

Senate Bill 226 says that bars closed by one of Gov. Roy Cooper's pandemic-related executive orders wouldn't have to pay their license renewal fees until after the governor rescinds that order. Once that happens, they would have 90 days to pay, the bill states.

These permits cost hundreds of dollars each a year, and bars that serve beer, wine and liquor need multiple permits. Mixed drink permits are $1,000 a year.

The bill also would let businesses that already paid the fees get refunds. They would have to pay them again within the 90-day window to reopen.

The measure was introduced Tuesday afternoon, moved easily through committee and passed the full House on a unanimous vote within hours.

It moves to the Senate for more discussion, but it wasn't clear Tuesday whether a majority of senators favor the bill. It failed to pass when lawmakers gathered for the bulk of their legislative session last month, but it was part of a longer bill then that also laid out other policies.

Update: The Senate passed this measure easily, and without debate, Wednesday afternoon.

The General Assembly is in session briefly this week, primarily to deal with bills Cooper vetoed. Lawmakers plan to wrap up their business as soon as Wednesday.