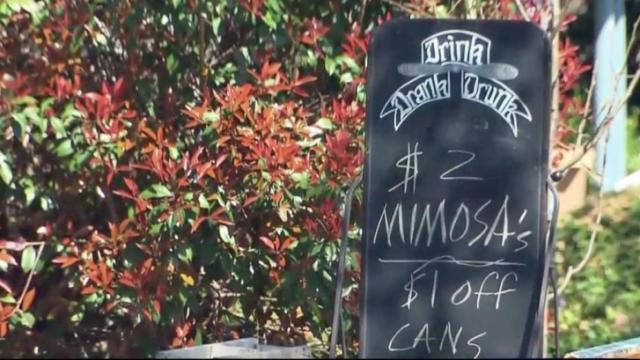 Raleigh, N.C. — The so-called "brunch bill" passed the Senate late Wednesday, but in totality, it's more of a buffet of changes to state liquor laws.

With Gov. Roy Cooper's signature, counties and cities around North Carolina will be authorized to allow alcohol sales starting at 10 a.m. Sundays. That includes liquor-by-the-drink in restaurants and beer and wine sales in stores.

Senate Bill 155 morphed a few times this session and passed as a 17-page omnibus bill making a number of changes to state liquor laws.

Among them: Distillers will be able to sell visitors five bottles of liquor now in a year, instead of just one. They'll also be able to conduct tastings.

The bill also loosens rules on rebates on alcoholic beverages and allows auctioneers to auction off high-end wine. It contains sections about industry tax compliance and report requirements as well.

The North Carolina Restaurant & Lodging Association cheered the bill's passage, achieved on a 37-9 vote in the Senate. The industry's lobbying group said 47 other states allow some form of early Sunday sales and called on Cooper to sign North Carolina's bill quickly.