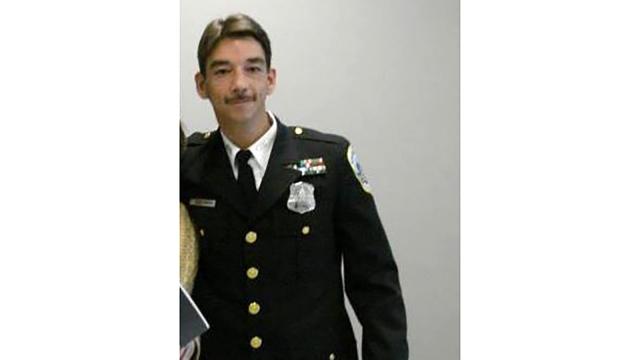 Paddock, 64, killed 58 people and injured almost 500 when he opened fire on 22,000 concertgoers from the 32nd floor of the Mandalay Bay Resort and Casino on October 1.

Paddock's motive is not yet known and may never be known. Officers who entered his hotel room found him dead.

Video footage, 911 call audio and documents relating to the massacre will be released on a rolling basis starting with the body camera footage from two officers, Sheriff Joe Lombardo of the Las Vegas Metropolitan Police Department told reporters Tuesday.

"I don't know how this footage will be played in the media, but I want to warn you, if you are a survivor or a family who lost a loved one, you should know the video from this concert is disturbing and graphic," he said.

Lombardo said he anticipated the materials would be released on a weekly basis but would not say if the information would be posted on a website or emailed to media.

The Nevada Supreme Court ruled Friday that the Las Vegas Metropolitan Police Department had to release the bodycam footage and 911 call audio from the shooting.

Police had appealed an earlier ruling that the material be released following requests by media, including CNN.

Lombardo denied that police were trying to be uncooperative. In a press briefing Tuesday, he cited cost, allocation of resources and potential further victimization of those affected by the shooting as reasons for delaying the release of footage, recordings and documents.

For example, the department had to reassign detectives from their "primary responsibility" to go over the reports and footage before they were made public, and some personnel would have to endure reliving the shooting, he said.

"I want the community to know the release of the videos, 911 and documents will have a significant impact on the victims of this tragedy. We believe the release of the graphic footage will further traumatize a wounded community," he said. "And for that, we apologize."

Lombardo said no employees will be made available for interviews but said a final comprehensive report on the shooting will come.

Police were criticized about their response when a timeline suggested there had been a six-minute delay between Paddock shooting a security guard and the gunman opening fire on the crowds below his hotel suite.

The timeline raised questions about why police didn't arrive on the scene sooner.

"In the public space, the word 'incompetence' has been brought forward. And I am absolutely offended with that characterization," Lombardo said at a news conference October 13.

He said that during the six-minute gap, the security guard had been trying to access Paddock's room -- and that he had been shot around the same time the gunman started firing on concertgoers.

"So there is no conspiracy between the FBI, between the (Las Vegas Metropolitan Police Department) and MGM (the hotel owner). Nobody is attempting to hide anything in reference to this investigation," Lombardo said at the time.

"The dynamics and the size of this investigation requires us to go through voluminous amounts of information in order to draw an accurate picture."