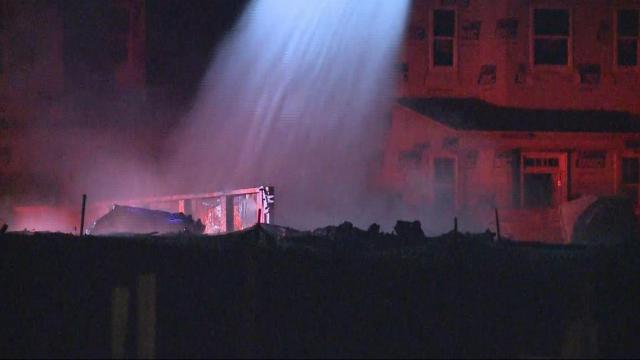 Firefighters were called to the Ashlyn Creek subdivision on Samara Lane, off Kistler Farm Road, late Tuesday night. When firefighters arrived, they found multiple buildings on fire. Mooresville Fire Department said some of the homes are expected to be total losses due to the damage.

The fire broke out in a housing development that's still under construction. Firefighters said no one was injured and several houses were damaged in the fire.

The smoke cloud from the fire was so large it showed up on radar, according to NBC Charlotte.