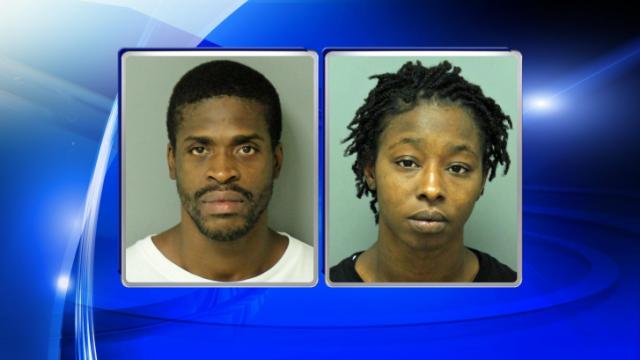 Raleigh, N.C. — A larceny call at a Raleigh hotel led detectives to a family-run, multi-state human sex trafficking operation that was allegedly run by someone in federal custody, according to search warrants returned Tuesday.

“This left her without the ability to leave on a flight home to California,” the document said.

The woman told investigators the operation was run by Travis Sentall Robinson, who was arrested in May by FBI agents in Atlanta for human trafficking.

Travis Robinson and a co-defendant face 24 federal sex trafficking counts, including coercion or enticement of a minor female and sex trafficking of children or by force, fraud or coercion.

Ashley and Oyarmma Robinson were with Travis Robinson when he was arrested, according to federal court documents. They were questioned but later released.

The woman in the warrant said she was transported across state lines by Travis Robinson in a 2007 GMC Yukon with tinted windows.

After his arrest, Travis Robinson directed the operation over the phone, the warrant said.

“Oyarmma and Ashley continued to receive their instructions from Travis ‘Triggs’ Robinson via cell phones while he was incarcerated,” the document said.

The woman was brought to Raleigh, where “she engaged in approximately five ‘dates’ over the course of a week at multiple hotels,” according to the warrant. The woman said she was forced to turn her money over after the encounters.

Ashley Robinson, 23, of Hartsfield, S.C., was arrested in Tampa, Fla. in June while driving the Yukon, the warrant said. Three other women were in the vehicle at the time, though the warrant did not say why they were in the SUV. Ashley Robinson is charged with human trafficking, larceny and aiding and abetting larceny. She remained in the Wake County jail Tuesday under a $260,000 bond.

Five cell phones were collected from the SUV, according to the warrant.

One of the women in the vehicle was located a few days later in Raleigh, where she said Oyarmma Robinson was promoting her for sex, and she had one of his cell phones in her possession, which investigators confiscated.

Oyarmma Robinson, 35, of Hartsville, S.C., was arrested in South Carolina in July. He was also charged with human trafficking, larceny and aiding and abetting larceny. He remained in the Wake County jail Tuesday under a $500,000 bond.

Ashley and Oyarmma Robinson are cousins, Raleigh police said. Their relation to Travis Robinson was not immediately known.