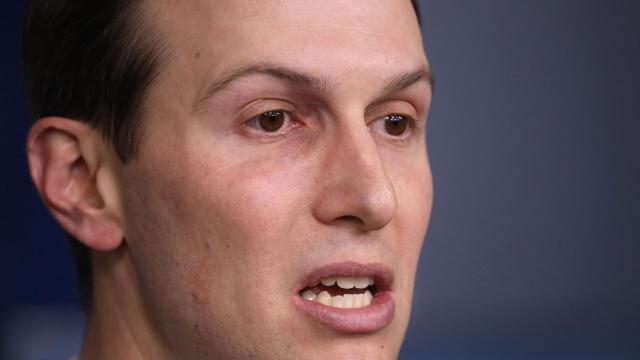 CNN — President Donald Trump's senior adviser and son-in-law, Jared Kushner, praised the administration's response to the coronavirus pandemic as a "great success story" on Wednesday -- less than a day after the number of confirmed coronavirus cases in the United States topped 1 million.

Kushner painted a rosy picture for "Fox and Friends" Wednesday morning, saying that "the federal government rose to the challenge and this is a great success story and I think that that's really what needs to be told."

When he was pressed on coronavirus testing levels in the US, Kushner said the question shouldn't be why did it take so long, but, "How did we do this so quickly?"

Kushner also predicted that things will be "rocking" by July.

"May will be a transition month ... I think you will see by June, a lot of the country should be back to normal, and the hope is that by July the country is really rocking again," he said.

Trump similarly attempted to reframe the narrative around the growing number of coronavirus cases and deaths, which have now surpassed the total of US troop fatalities during the Vietnam War.

The President said Wednesday afternoon that other countries "don't have the ability to do what we're doing" on coronavirus testing and that while the 1 million coronavirus cases sounds bad, it is "an indication that our testing is so superior."

"So, we reached a million cases, that's a tremendous amount, and the reason is because of testing, because other countries don't test. If you don't test you're not going to find cases," Trump said.

Trump also seemed to take note of Kushner's frustration over the administration not getting credit for its response, calling Kushner "a genius."

As of Wednesday afternoon, the US has reported more than 1 million coronavirus cases and more than 60,000 coronavirus-related deaths, according to the Johns Hopkins University Center for Systems Science and Engineering.

Politicians from both parties and public health experts have raised alarms throughout the pandemic of major impediments to conducting coronavirus tests -- and have consistently said that not enough are being conducted. At various points in the crisis, they have reported insufficient laboratory capacity leading to long wait times for results, and shortages of required testing materials, such as swabs and reagents.

But inside the White House, Trump and his senior advisers continue to chafe at not getting enough credit for their efforts in combating the coronavirus.

Kushner has privately expressed frustration in recent days that he and the administration overall aren't getting enough credit for their efforts regarding the outbreak, two people aware of his comments told CNN.