Kumail Nanjiani on How to Shut Down Racist Hecklers 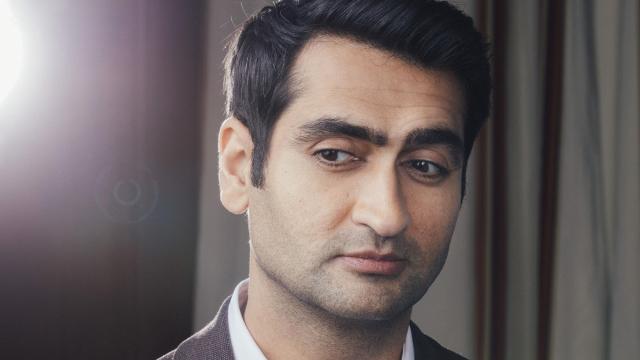 NEW YORK — Kumail Nanjiani’s movie “The Big Sick” was among the bigger indie hits of 2017, earning $55 million worldwide and holding steady at a 98 percent approval rating on Rotten Tomatoes.

It stars Nanjiani, previously known for the HBO series “Silicon Valley,” and tells a fictionalized version of the early stages of his relationship with his then-girlfriend, and now wife, Emily V. Gordon. She had been put into a medically induced coma after coming down with an extremely rare illness, adult-onset Still’s disease.

At the time, Nanjiani, a Pakistani-American, was hiding their relationship from his parents, who wanted him to enter into an arranged marriage. Nanjiani wrote the screenplay with Gordon, who is played on-screen by Zoe Kazan, and the film is a strong contender for various awards nominations.

Nanjiani sat down with me at the Lambs Club in Midtown Manhattan last week to talk about what it’s like revealing a deeply personal story to the world, the challenges of bridging two cultures, especially when one is demonized in this country, and how he learned to shut down racist hecklers. Here are excerpts from our chat.

Q: Was it when Emily was sick that you told your parents about your relationship?

A: It was pretty similar to how it happens in the movie, except it was on the phone.

Q: And did they temporarily disown you the way they seem to in the movie?

A: No. In real life my mom was immediately very concerned about Emily, asking, “Is she OK?” And then as soon as Emily woke up, she was, like, “Why did you do this to me? How could you?”

Q: Was Emily on board from the beginning, to tell the story of your lives?

A: It took a little convincing. Emily’s a therapist, so in a way she’s very good at not revealing herself unless she wants to. And even though I had a big problem talking about myself, I’m weirdly less private. I remember we were sitting at Sundance, the first screening, 1,500 people, a real audience seeing the movie, and she was, like, “This is the last time this story will be ours.”

Q: One of the things that was so refreshing about the movie is how you were one step ahead of the racist hecklers in the audience. How did you get to that point?

A: “Go back to ISIS,” that thing? I’d been heckled like that a few times in my stand-up, and at some point I realized, “This is happening enough that I can’t be rattled by it.” Here’s the problem. When someone’s racist to you, even though you know it’s their fault, it still hurts your feelings. It still flattens you. It still reduces you. You still feel weirdly bad about yourself. Onstage when you really need to be in control, when someone heckles you, it’s a big loss of control. So I had anticipated the lines based on what people had yelled at me before, and I’d written comeback lines.

Q: What was your response again?

A: The response was, “That’s right, I am a terrorist. I just do stand-up comedy on the side to keep a low profile.” I had others. Before (Osama bin Laden) was caught they would yell, “Where is Osama?” And I would be, like, “I don’t know; he hasn’t texted me in forever.”

Q: That must be in your past now, right?

A: Yeah, it doesn’t happen, mostly because most people come to see me now.

Q: Why do you think people liked the movie so much? What are you hearing back?

A: I think first-generation or second-generation immigrants, people who are in my parents’ position, connect to it because they understand the struggle of trying to hold onto a culture when you’re in a culture where that culture is not valued, in fact is actively demonized and attacked. So that’s, I think, a very noble struggle.

People connect to my situation, where you’re negotiating the culture you’re from and the culture you’re in, and how you forge an identity that services both of those, which is sort of the current challenge of my life. People generally understand disappointing your parents. People connect to it because they’ve been sick or they know someone who’s been sick. After the first screening at Sundance, as we were walking to our after-party, people were coming up to Emily and showing her their surgery scars, like, immediately.

You hear stories of people who opened a food truck together, where one of them is Pakistani, one of them is a white American person. You hear from people where the clash was too much, where it didn’t work out.

Q: It’s a real American story, in the best sense.

A: What’s been really satisfying is we gave up our story to the world, but then we got thousands of stories back.