Los Angeles — They may not have won it all, but they've still got incredible talent ... and a bright future.

"America's Got Talent" crowned Kodi Lee, a blind but ultra-talented singer, as the winner of the talent competition. Raleigh violinist Tyler Butler-Figueroa and Raleigh native Sgt. Major Christal Sanders Rheams, a singer with "Voices of Service" represented the Triangle very well. Both made the top 10 and were part of Wednesday's two-hour finale. 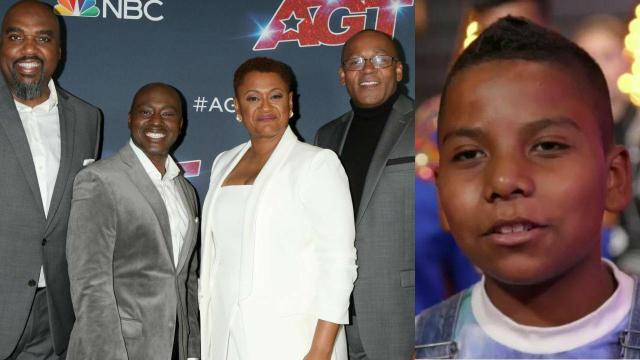 Butler-Figueroa, 11, has impressed national audiences since his June 11 audition, when he played Kelly Clarkson's "Stronger" while his mom watched his passionate performance tearfully. That video has 30 million views on YouTube.

Butler-Figueroa, a cancer survivor, lives in Raleigh with his mom and attends Walnut Creek Elementary.

Rheams, who grew up in Raleigh and attended Enloe High School, is part of a group of veteran and active service members who sing. The group is also made up of Master Sgt. Caleb Green, retired Starr Sgt. Ron Henry, Sgt. First Class Jason L. Hannah and Rheams. When Voice of Service first performed Katy Perry’s “Rise” on episode four of the audition rounds, they received a standing ovation from all four judges and the crowd.