Know where the nearest poultry farm is? Neither do NC regulators 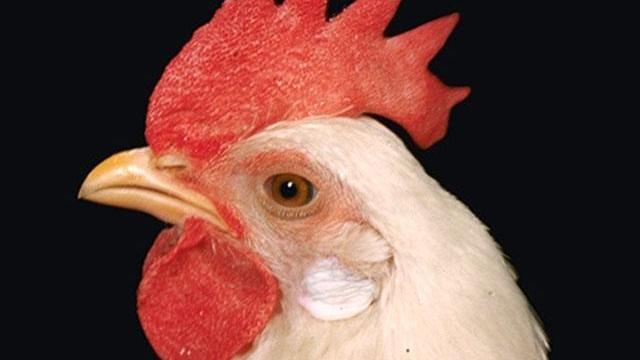 Raleigh, N.C. — The poultry industry brings some 800 million birds through North Carolina every year at thousands of farms across the state, generating millions of tons of waste.

North Carolina's environmental regulators don't know where most of those farms are. By law, they won't be told even if they ask the state Department of Agriculture & Consumer Services, which does keep records but doesn't regulate the industry's waste operations.

Neither agency tracks how many farms are in the flood plain, even though state and federal taxpayers spent more than $12.5 million last year to compost millions of birds drowned in the wake of Hurricane Florence.

A small group of state legislators wants to change the way this industry is regulated – or at least study changes.

Their proposal's going nowhere at the legislature.

“It is alarming to me," Sen. Harper Peterson, D-New Hanover, said. "It’s a huge industry, bigger than swine ... and it flies under the radar.”

Hog farms in the state get annual inspections, and for more than two decades state law has limited the industry's expansion with a moratorium on the open lagoons typically used to store hog waste. The poultry industry faces no such limit, and state environmental inspectors come only when there's a complaint.

The reasoning: Hog waste is wet, and poultry waste is typically dry, mixed with pine shavings, swept out of the grow house, called "litter" and used as fertilizer.

Peterson's bill speaks to health concerns, though, saying a growing body of research suggests "increasing respiratory hazards and pulmonary disorders among poultry farm workers." Environmental groups that have pushed back against the industry for years say state regulations let chicken houses pop up unbeknownst to neighbors, including in areas likely to flood.

Matthew Starr, the Upper Neuse Riverkeeper, told legislators last week that a number of the farms that flooded during Florence weren't there during Hurricane Matthew two years earlier.

Most poultry operations are "deemed permitted," which means they don't have to seek state permission to open.

Their waste gets spread on farm fields "with no regulation ... and a lot of it ends up in the Yadkin River," according to Yadkin Riverkeeper Brian Fannon.

The waste's potency as a fertilizer makes it a bigger concern for water quality. The industry produces "three times more plant-available nitrogen and six times the phosphorous as all the swine operations in North Carolina," Waterkeeper Alliance attorney Will Hendrick said.

Ford noted that operations with more than 30,000 birds must have a waste management plan that lays out how and how much waste can be applied to the land. He said the fertilizer is too valuable to waste and that some companies buy it now to burn for energy.

"If you're in the chicken business ... that poultry litter has some pretty good value for you," Ford said. "They're not going to over-apply it because it'd be a waste of money."

Specialists from North Carolina State University work with farmers on the required waste management plans, Ford said. But without inspections, those plans are required only on paper, Hendrick said.

"Even if they weren't created, nobody would know," he said.

The state Department of Environmental Quality has 16 inspectors who look at animal feeding operations. During the 2017-18 fiscal year, they visited 2,297 "animal operations." A DEQ spokeswoman said the department couldn't say how many of those were poultry farms.

People who complain have to tell inspectors where to go, Hendricks said, because regulators "literally don't know where [the farms] are."

In 2000, the state Division of Water Quality asked the Agriculture Department for addresses and contact information for poultry farms so it would "better understand the magnitude and distribution of dry litter facilities in the state."

The response came from the state veterinarian: "While we do have information on poultry farms, we are required by law to maintain the confidentiality of this information."

That law exists because the department wants farmers to cooperate with its animal health programs on disease control, and "we cannot risk losing the farmer's trust by disclosing this information, even to another state agency," the state veterinarian wrote.

Frustrated by the lack of information, the Waterkeeper Alliance and the Environmental Working Group developed a map of farms in 2016, documenting locations by analyzing high-resolution aerial photography.

The farming community is particularly sensitive right now in North Carolina. Legislators worked several years in a row to protect the hog industry from a series of lawsuits filed by neighbors complaining of odors and other nuisances. Those lawsuits have generated hundreds of millions of dollars in jury verdicts.

Hendrick said he's not aware of any pending litigation like that against a poultry farm and said he wouldn't be surprised if that's partly due to the lack of information on these farms available from the state.

Peterson's Senate Bill 516 would have the state study the public health and environmental impacts of dry litter poultry waste and look at "potential regulatory and technological solutions." Among other things, it would count the state's poultry farms, study how much litter they produce and determine how many farms are in a flood plain.

Climate change will bring more flooding, and “we've got to re-imagine, rethink how we deal with this," Peterson said.

“I know nobody will believe me, but I’m interested in protecting that industry," he said.

Peterson's bill has just three other sponsors, all Democrats. It hasn't gotten a hearing this legislative session and isn't likely to. Sen. Brent Jackson, R-Sampson, the Senate's primary mover and shaker on farming issues, seems uninterested in new regulations and described Hurricane Florence, which drowned 4 million birds, as an anomaly.

Scientific research predicts more extreme weather events and higher precipitation in some areas due to global warming, in part because the warmer air can hold more moisture.

Sen. Tom McInnis, R-Richmond, bristled at Peterson's recent suggestion that the poultry industry is unregulated, printing out a half-inch-thick pile of state code and bringing it to a Senate Agriculture, Environment and Natural Resources committee meeting.

"We ain't had no problems out of them, and I like fried chicken and had some on Sunday," McInnis said in committee.

After getting criticism, Peterson stopped referring to large poultry operations as CAFOs, an acronym for "confined animal feeding operations," a phrase commonly used by regulators. Jackson said it has negative connotations.

“I’ll refer to them as large family farms from now on," Peterson said.

Ford, with the Poultry Federation, said much of the debate boils down to a disagreement over industrial farming, which confines thousands of animals in large buildings where they eat, defecate and grow.

"Some people just don't think that's the way to feed the world," Ford said. "But what the hell are you going to do?"