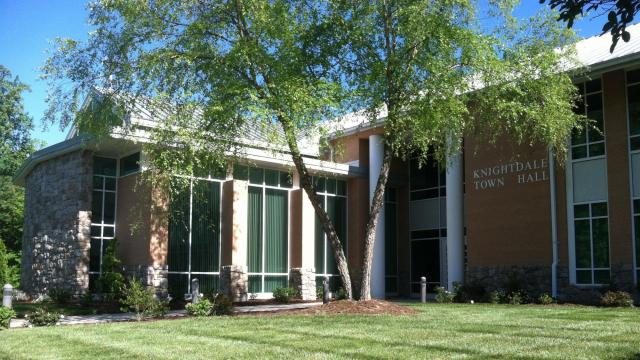 Knightdale, N.C. — Several Knightdale community members are angry after they say they were banned from commenting on the official Town of Knightdale Facebook page, arguing it restricts free speech.

But a town spokesperson said action was necessary after the town was a consistent target of the three people on various social platforms.

"Our page currently has 3,637 followers. Of these followers, the town has restricted access to our page for the following three individuals. These individuals are currently the only participants to have their privileges restricted," Knightdale Town Spokesperson Jonas Silver said in an email.

Mark Smith, a Knightdale resident of 38 years, said he is very concerned by censorship on the Knightdale Facebook page.

Smith is one of the three people banned from commenting on the page.

"Silencing the voice of your citizens is un-American and unethical," he said in a statement.

Smith claims he was removed after his comment about the number of women on the Knightdale Comprehensive Plan Steering Committee.

"I posted a comment on the page 'Not a single woman? Any reason why?' As the day went on, more people were drawn to the post and a sense of community banded together questioning the lack of equality displayed by our Town staff," Smith said.

Smith said as his comment gained more attention, his and other comments were deleted.

"We began to notice a staggering number or citizens reporting on a community page that their comments were deleted and they were banned form the page as well," he said. "I love my town and I love my community. I wish nothing but the best for its people and I do hope the Town takes drastic steps to change course and make this right. "

Smith said while only three members were completely banned, many individual comments were deleted.

Keith Gibbs said he was banned from the page after he reached out to town officials on the page, asking if they planned to offer an apology after a keynote speaker at a veteran's memorial groundbreaking used a racial slur to refer to enemy soldiers during the Korean War.

"In almost real time, as we were making comments asking for this apology to the town, they were deleting those comments," he said. "I pushed and challenged those deletions, which ultimately got me removed completely from the ability to comment on public posts."

The town argues the individuals violated the page's social media policy, which is listed at the top of the page, which works against hate speech and "trolling."

“The Town of Knightdale prides itself in open communication with various stakeholders that live and work in our community,” Silver said.

“Town officials attempt to communicate with our citizenry in a positive manner. However, when a small group continually harass staff and elected officials and hijack our social media threads, we are allowed by law to moderate those comments and remove the offenders.”

Smith said he is upset the town did not instead respond to his comment about diversity.

"I do hope the town takes drastic steps to change course and make this right," he said.