Knightdale, N.C. — Armed officers surrounded a Knightdale home for hours Sunday after a man barricaded himself inside, authorities said.

Knightdale police received a tip that 48-year-old James Christopher Holway, who was wanted on outstanding warrants, was at the home at 102 Tallula Lane, authorities said.

Police tried to force their way into the home, but couldn’t get in, so they called in the Wake County Sheriff's Office Tactical Response Team at 11:30 a.m. 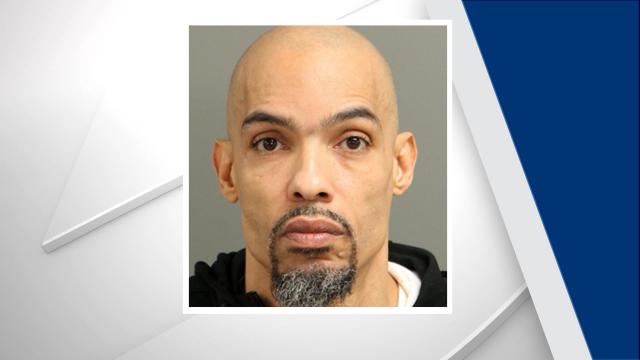 "They pounded on the door like there was some sort of, I don’t know what she thought it was, but it was very terrifying for my wife," neighbor Jeffrey Calhoun said.

After two hours of negotiations produced no results, deputies fired a non-lethal round at Holway to subdue him and take him into custody at about 2 p.m., authorities said.

No one was hurt in the incident.

"That is very scary," Calhoun said. "With all the things that have been going on as of late with active shooters and school things and all kinds of things like that, it’s kind of terrifying to see that right in from of my own home."

Holway was charged with resisting a public officer and was served with two failure to appear in court warrants out of Cumberland County on charges of breaking and entering and larceny and possession of stolen goods.

"I'm glad everything was handled with caution and there was no altercation, no lives lost, no injuries," Calhoun said.