Walgreens may get scooped up in the largest private equity deal in history, report says 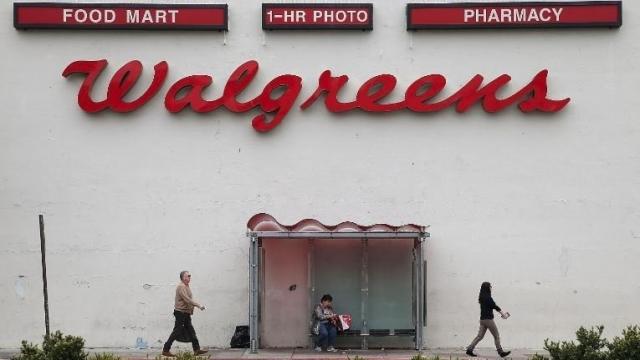 CNN — Walgreens reportedly wants to go private, and KKR is said to be interested in buying it. The acquisition would almost certainly be the largest private takeover in history.

Shares of Walgreens Boots Alliance surged 6% in early trading Monday on the report. According to Bloomberg, KKR has approached Walgreens about a deal. The buyout firm KKR is one of the world's largest private equity firms, and its leveraged buyout of RJR Nabisco was cataloged in the book, "Barbarians at the Gate."

Walgreens currently is valued at more than $55 billion. Any deal would probably be done at a premium to that price — and also include the assumption of the $16.8 billion in debt the retail and pharmacy giant has on its balance sheet.

According to merger research firm Dealogic, the largest private takeover ever was the $44 billion acquisition (including debt) of Texas utility company TXU by KKR, fellow private equity firm TPG and Goldman Sachs in 2007. TXU went bankrupt in 2014 but has since emerged from Chapter 11 protection and is now a part of the power company known as Vistra Energy.

Walgreens had no comment for CNN Business about the Bloomberg report or a Reuters report last week that said it is looking to go private. KKR was not immediately available for comment.

Reuters reported that Walgreens is working with investment bank Evercore Partners on a potential deal. Evercore declined to comment to CNN Business about that report.

But a buyout by KKR could make sense: KKR already has done a deal with the top investor of Walgreens, when it took UK-based drugstore chain Alliance Boots private in 2007 for $22 billion.

A takeover would also help stop the bleeding in Walgreens share price.

The stock is still down nearly 10% this year — despite the recent merger reports. That makes Walgreens the third-worst performer in the Dow in 2019 behind only pharma giant Pfizer and industrial conglomerate 3M.

Walgreens, like rival CVS, has struggled because of concerns that lower-priced generic drugs and a persistent decline in reimbursement rates for medications from state and federal government health care plans are weighing on profits.

The company has also been hit by a crackdown by the Food and Drug Administration. The US regulator put Walgreens "on notice" earlier this year for selling more cigarettes to minors than any other drug store retailer. Walgreens, along with many other major retailers, announced plans last month to stop selling vaping products though.

And Walgreens — along with CVS and Rite Aid — have all been hurt by increased pharmacy competition from Walmart and Amazon, which now owns online pharmacy PillPack. Walgreens is also getting squeezed in the front end of its stores by the likes of bargain retailers Costco and Dollar General.

Brexit uncertainty isn't helping Walgreens either. The company said during a conference call with analysts earlier this year that sales in its Boots UK stores were weak as consumer conditions in the country "remain challenging."