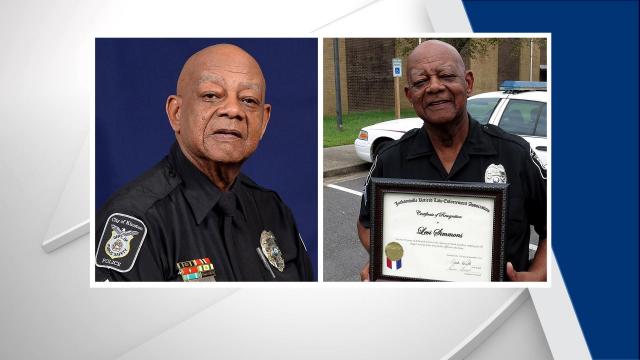 Simmons was voted Policeman of the Year in 1970 while working with the Jacksonville Police Department.

He later began his long career with the Town of Kinston.

"Officer Simmons served through harsh times and through that strived to be a positive role model in the community," the department posted on Facebook. "He astonishingly succeeded in doing that and touching the lives of many officers, staff, and community members. He will be greatly missed."

According to police, during his career, Simmons was recognized by the N.C. State Attorney General for his dedication and performance by the N.C. Criminal Justice Training and Standards Council.

WITN reports, in 2018, at the age of 75, Simmons was awarded the Order of the Long Leaf Pine, the highest honor a civilian in the state can receive.

Simmons has 18 accommodation letters and 12 commendation awards and attended more than 295 law enforcement training programs and courses, officials said. After he retired, he continued helping the Kinston Police Department.