Kim Cattrall: I've 'never been friends' with 'Sex and the City' castmates 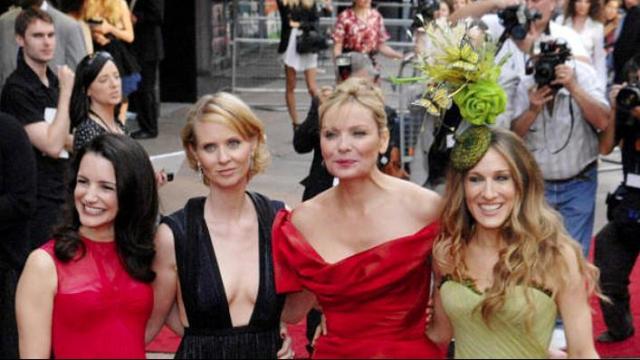 (CNN) — That "Sex and the City" sequel is really not going to happen.

Kim Cattrall, who played Samantha Jones on the long-running HBO hit, is far from friendly with the rest of her former castmates.

"We've never been friends," Cattrall said in an interview with Piers Morgan's "Life Stories" scheduled to air on Monday night. "We've been colleagues and in some ways it's a very healthy place to be because then you have a clear line between your professional life and relationship and your personal."

The series, which went off the air in 2004, revolved around Sarah Jessica Parker's character, Carrie Bradshaw, and her core group of girlfriends as they navigated life and love in New York. The subsequent movies were released in 2008 and 2010.

Cattrall has been taking heat from fans who blame her for "Sex and the City 3" being called off.

That intensified last month after Parker told Extra she was disappointed there wouldn't be another movie.

"We had this beautiful, funny, heartbreaking, joyful, very relatable script and story," she said. "It's not just disappointing that we don't get to tell the story and have that experience, but more so for that audience that has been so vocal in wanting another movie."

As for why Cattrall passed on returning to the role of Samantha, the actress said she simply made "an empowered decision in my life to end one chapter and start another."