KFC and Lifetime team up for a 'steamy' holiday mini-movie 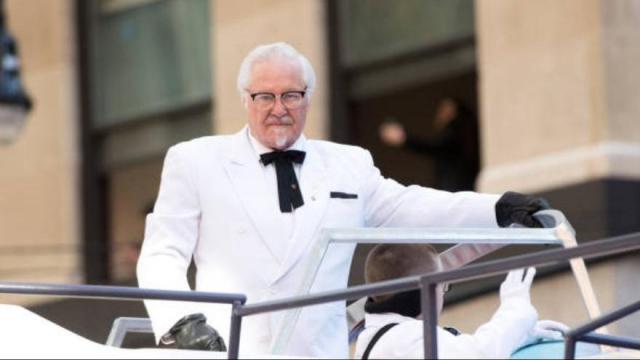 CNN — We are trying really hard not to make a "finger licking good" joke.

KFC and Lifetime announced Monday a partnership for a holiday mini-movie.

"A Recipe for Seduction" will be a 15-minute short film starring Mario Lopez as Colonel Harland Sanders, the founder of the restaurant chain whose name and likeness are still used symbols of the chain.

The mini-movie "is full of mystery, suspense, deception, 'fowl' play and at the heart of it all ... love and fried chicken," according to a press release.

The release describes the film as a "steamy holiday love affair" involving a young heiress whose mother has handpicked a suitor for her. "But when a handsome, young chef with a secret fried chicken recipe and a dream arrives, he sets in motion a series of events that unravel the mother's devious plans," the release says.

Lopez joins a long line of actors who have portrayed the Colonel, including Rob Lowe and Reba McEntire.

The film will be a part of Lifetime's "It's A Wonderful Lifetime" movie slate, which is a perennial fan-favorite for holiday content.

"A Recipe for Seduction" premieres on Lifetime at noon on Sunday, December 13. It will be available via streaming on Lifetime's website as well as the Lifetime apps and video-on-demand platforms.

KFC and Uber Eats are offering a special promotion in conjunction with the film -- six free extra crispy tenders with a purchase of $20 or more -- that will be available between December 13-19 via the mobile food delivery app.