With one exception, voters in Wake, Forsyth, Pitt, Wilson and Watauga had backed Republicans in the previous five elections, from the elder George Bush in 1988 to Geoge W. Bush in 2004. Wake, Pitt and Watauga gave Bill Clinton an edge over Bush in 1992, but that was an anomaly. Third-party candidate Ross Perot sapped votes from the Republican side.

In 2008, more than half the voters in those six counties backed Obama, giving him a 91,343-vote advantage and helping the Democrat to make up deficits from rural areas of the state where Republican Sen. John McCain won handily.

"There are bellwether counties, and it sounds like Wake and Forsyth are two of them," said Scott Falmlen, a political consultant and former executive director of the North Carolina Democratic Party.

Recent polls have shown Republican nominee Mitt Romney opening a lead over Obama in North Carolina. Political consultants like Falmlen will be looking to early voting numbers to see whether what people have told pollsters is playing out at the polls.

On the first day of early voting Thursday, 150,664 voters cast ballots across the state. Statewide, more Democrats voted than Republicans, but GOP operatives were buoyed because Democrats did not take the same commanding in early voting turnout that they did four years ago.

"The number of Republicans voting not only grew by 26 percent since 2008, but Republicans out-voted Democrats in 22 counties across North Carolina – nearly triple the number of counties in 2008," RNC spokeswoman Rachel Adams told reporters in an email Friday morning.

However, if the counties that Obama won in 2008 when his Democratic predecessors failed are true bellwethers, Democrats may see some rays of hope. In Pitt County, for example, 1,829 Democrats voted early by Thursday, while only 743 Republicans had done so.

"Logic would tell you, if the president's stance has weakened anywhere, it has weakened Down East," Falmlen said.

However, just because someone is a Democrat doesn't mean they're backing their party's candidate. Before 2008, North Carolina often gave control of the General Assembly and governor’s mansion to Democrats while backing Republicans for president.

Even less clear is how the 17 percent of early voters who are unaffiliated have voted. And political analysts on both sides say the final result in North Carolina will likely be close, no matter who wins.

"I think, ultimately, the election in North Carolina and other states will be decided by what happens in the suburbs," said Dee Stewart, a political consultant who works with Republican candidates. Those "suburbs" include areas like Raleigh's northernmost areas and Cary.

There are also suburban areas in battleground counties, those that have swung back and forth between Democrats and Republicans over the past six cycles. They include Guilford and Mecklenburg counties. Both are voter-rich areas with single-family home developments and strip-mall grocery stores.

Stewart says those suburban areas are likely to swing back into the Republican column this year, and hand North Carolina's votes to Romney.

Falmlen doesn't dispute that the suburbs will be important. But much has has changed over the past four years.

"So the question is, if there has been some hemorrhaging of the suburban voter, are they going to make up for it somewhere else?" he said.

Conventional wisdom heading into 2008 said Obama was unlikely to win North Carolina. Jimmy Carter was the last Democratic presidential nominee to win the state, doing so in 1976 but not 1980.

But an unusually protracted 2008 primary forced Democrats to build a ground operation here. Coupled with enthusiasm of the historic nature of the election and national economic and other trends favorable to Democrats, an intense get-out-the-vote effort allowed Obama to eek out a victory.

"The McCain campaign didn't expect to have to play in North Carolina early on," Stewart said. "When it became obvious they were in trouble here, his limited resources were committed elsewhere."

By contrast, Stewart said, "The Romney campaign made a decision to play and play hard in North Carolina."

That decision has been on display all year on the airwaves, with the campaigns combining to spend $37.5 million on television ads so far, and millions more pouring in from third party groups backing either candidate. The Romney campaign's interest in North Carolina was on display earlier this week as RNC Chairman Reince Priebus and other dignitaries spoke to students at North Carolina State University in downtown Raleigh.

"I'm a pretty staunch conservative," said Bryce Rickenbaker, a sophomore majoring in business administration and finance who was waiting to hear Priebus speak. This year will be the first time that he has been able to vote and he's definitely going for Romney. Asked why, he said the national debt was a big concern to him.

"It's going to be my generation that has to pay for it, either through higher taxes or devaluing of the currency,"  Rickenbaker said.

The Republican rally provided the standard get-out-the vote flair, with lesser known candidates whipping up the crowd before the main speaker and encouraging their supporters to recruit other voters.

"Everybody know somebody who hasn't make up their mind yet, or even decided if they're going to vote or not," said George Holding, a congressional candidate who had a bigger audience at the afternoon rally.

Hours before, at the same spot on the N.C. State "Brickyard" plaza, Democratic candidates spoke to a much smaller crowd.

"I was actually just walking around the Brickyard getting some lunch," said Chris White, a junior studying sports management and journalism. That didn't stop him from jumping in a photo opportunity with others who had turned out for the rally, and White said he is backing Obama.

"He has really worked to help me as a student," White said, referencing the administration policy on student loans.

White said his friends were split between Obama and Romney "about 50-50."

"Among the students, they're split about 45-40 in favor of Romney," said Michael Cobb, an associate professor of political science at N.C. State. He and his students are finishing up the latest PackPoll, which surveys the student body.  Cobb said the university did not conduct the poll in the same way four years ago, but it appears that Obama's support has slipped among students there.

It also points out that as much as candidates might worry about geography and key areas like battlegrounds and bellwethers, they should also worry about key constituencies.

"There's the idea that he (Obama) owns this age demographic and that he owns college campuses," Cobb said. At least in the case of N.C. State, that appears not to be the case this year.

College-age voters were a critical part of Obama's 2008 victory. While they're a smaller and less reliable voting block according to political scientists, campaigns can't afford to sacrifice any votes in a close election.

"You couldn't have taken any voting segment out of the mix (in 2008) and still won," Falmlen said of the Obama campaign. When strategists pour over the data from this election, he said, the same will likely be said for whoever wins this year.

"Every vote is going to be important," he said. 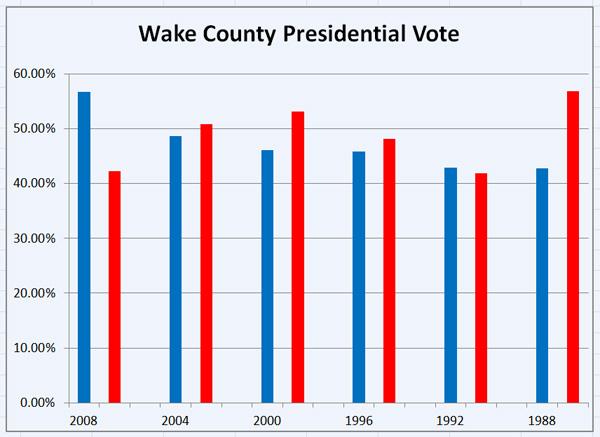 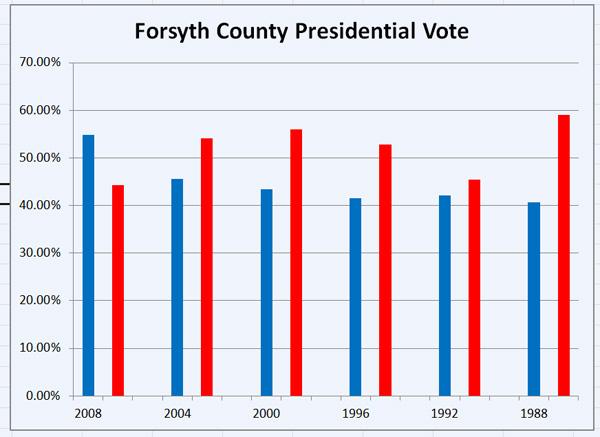 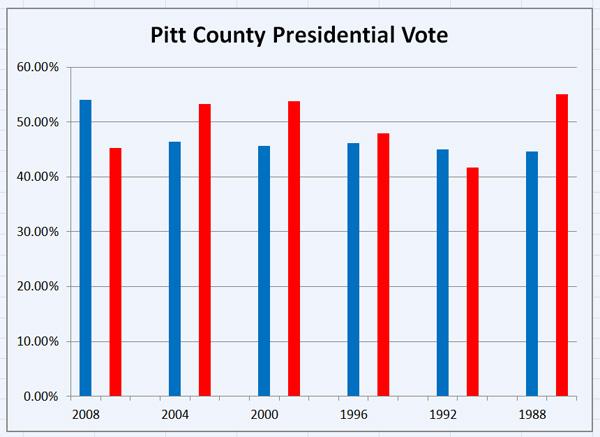 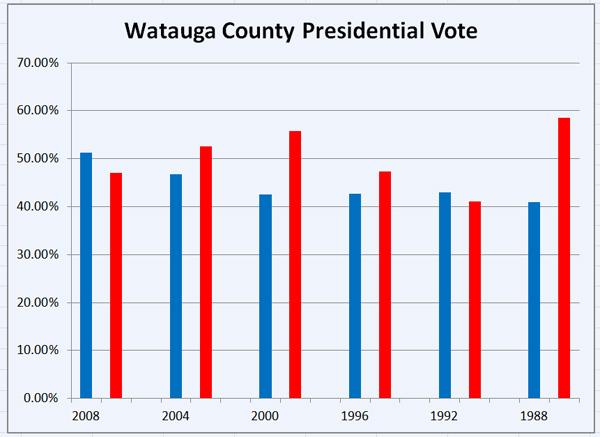 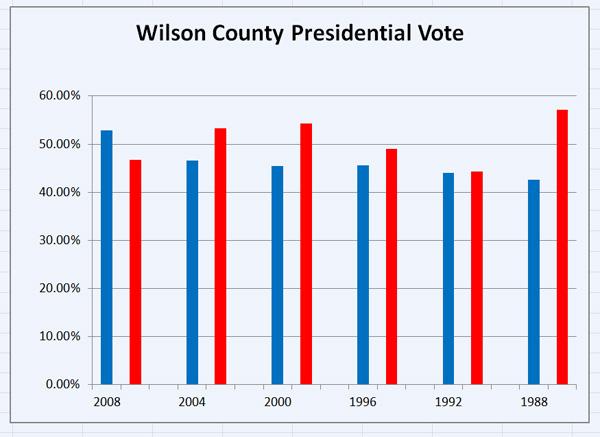