Planet-Hunting Telescope Is Being Retired by NASA 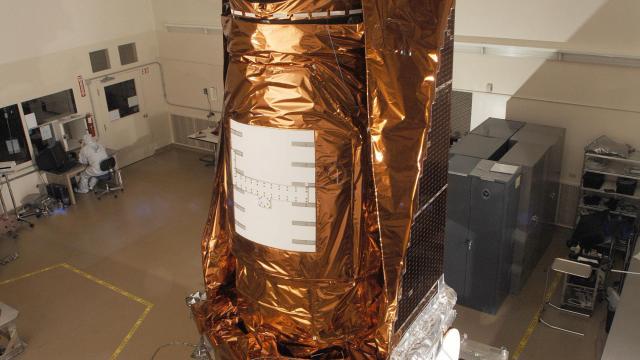 Kepler, NASA’s vaunted planet-hunting space telescope, has run out of maneuvering fuel and is being retired, the space agency announced on Tuesday.

After 9 1/2 years in orbit, 530,506 stars observed and 2,662 planets discovered around other stars, the little spacecraft will be left to drift forever around the sun. Astronomers mourned the loss but celebrated a mission that changed their lives and enlarged the universe and its possibilities.

“Kepler has truly opened a new vista in astronomy,” said William Borucki, a physicist at NASA’s Ames Research Center in Mountain View, California, who led the Kepler mission until his retirement in 2015. “We have shown there are more planets than stars in our galaxies.”

Many of these planets, he said, may be just warm enough that they could have liquid water on their surface, “a situation conducive to the existence of life.”

Kepler’s retirement marks just the beginning of a quest to end humankind’s cosmic loneliness. It is an effort that will define the next half-century of NASA science, as a new generation of spacecraft and instruments searches for signs of life on the ocean worlds orbiting Jupiter and Saturn, in the sands of Mars and on the rocky worlds that are now known to orbit nearby suns.

NASA’s new space observatory, the Transiting Exoplanet Survey Satellite, or TESS, has already taken up the search for planets in the nearby cosmos, and giant telescopes both on the ground and in space are being designed to detect and observe exoplanets — planets that circle stars outside our solar system.

“The search for planets is the search for life,” said Natalie Batalha, a longtime Kepler mission scientist now at the University of California, Santa Cruz, during a conference in 2017. “These results will form the basis for future searches for life.”

Many theories and experiments aspire to transform our view of the universe, but the Kepler mission actually did so. Three decades ago, astronomers could not say reliably whether there were planets around other stars. Now, NASA’s hashtag “moreplanetsthanstars” says it all: The universe is home to more planets than stars, with billions of potentially habitable planets just in our own galaxy.

Sent aloft in 2009, Kepler discovered some 5,580 possible planets by staring intently at the stars in a tiny patch of the Milky Way. Just under 3,000 exoplanets have been confirmed, according an official NASA scorecard. Extrapolating that result to the whole galaxy would put 10 billion potentially habitable planets in our galaxy, Batalha said. “Habitable,” in this case, means a rocky world roughly the size of Earth, orbiting its star in the so-called Goldilocks Zone: neither too close nor too far, in a range just warm enough to retain water in a liquid state.

The nearest habitable planet could be as close as 11 light-years, Batalha said. That is all but next door, in the cosmic scheme of things, and potentially reachable in our lifetimes with near-future technology.

The exoplanet of our dreams, often referred to as Earth 2.0, remains undiscovered. But Kepler found other worlds: Styrofoam planets, lava planets, ocean worlds, planets with more than one sun and systems of planets spinning around their star in tight-knit synchrony like distant Swiss watches.

“Kepler was so amazing because it found all sorts of crazy planet types we never imagined were possible,” Sara Seager, a planetary expert at the Massachusetts Institute of Technology, said in an email. “Kepler moved exoplanets from hundreds to the thousands, and moved exoplanets to a kind of big-data, scientifically crowdsourced endeavor.”

The Kepler project grew out of Borucki’s lifelong love of space. Borucki grew up in a small Midwestern town, shooting homemade rockets aloft and hoping they would not hit a neighbor’s cow. “As a kid, this is what you wanted to do,” he said.

He worked on the Apollo Moon program, becoming an expert in precise measurements of light. In 1984, he suggested that such measurements could be used to look for planets. As a distant planet passed in front of its star, it should block a tiny amount of that star’s light. Seen from afar, Earth would occlude just 84 parts per million of the sun’s light — less than one hundredth of a percent. The Kepler mission was proposed and rejected four times before it got the nod from NASA in 2001; it was launched into an orbit around the sun on March 6, 2009. Initially its gaze was fixed on a patch of sky about 20 full moons wide near the Northern Cross, in the constellations Cygnus and Lyra, a region that contains about 4.5 million stars.

There, Kepler conducted a cosmic census, measuring the brightness of 156,000 of those stars every half-hour, and looking for the repeated dips caused by planet crossings, or “transits.”

“In a sense, it’s the most boring mission ever flown, doing the same thing every six seconds,” Borucki once said.

Exoplanets turned out to be far more abundant than astronomers had envisaged. When Kepler was launched, some 300 planets outside our solar system already had been found, mostly by examining stars one by one to see if they showed signs of being perturbed — “wobbled” — by the gravitational pull of a planet or planets.

In its first months of observations, Kepler doubled the number of known or suspected exoplanets. The tally kept climbing.

Kepler also discovered that stars are more jittery than expected, complicating the challenge of discerning planet transits from random fluctuations in the stars’ luminosity. This volatility, or noise, made it especially hard for astronomers to see what they most wanted to see: small rocky planets that orbited their stars in about a year, as Earth does.

Citing this interference, Batalha and her team received an extension of Kepler’s original mission in 2013. But shortly thereafter, a failure in one of the reaction wheels, which kept the telescope properly aimed, ended Kepler’s ability to keep staring at the same 160,000 stars.

Kepler’s engineers responded by inventing a new way for the spacecraft to stare at certain parts of the sky for shorter periods of roughly 80 days. That campaign, called K2, ran from 2014 until now, racking up observations of additional planets and 61 supernova explosions, among other things.

In a news conference today announcing Kepler’s end, Charles Sobeck, a project engineer on the mission, said that the team had known from the start that Kepler’s lifetime would be limited by its maneuvering fuel.

Kepler is now in orbit around the Sun, trailing Earth by 94 million miles, where it will gradually and safely drift away, Sobeck said. On Twitter, Batalha said, “I’m not sad. We did everything we wanted and more. Onward!” David Charbonneau of the Harvard-Smithsonian Center for Astrophysics said it was impossible to overstate the effect of Kepler. Younger scientists are flocking into the field.

“I grew up wondering if there were other Earthlike planets out there,” he said. “Thanks to Kepler, my daughters don’t wonder about that. Instead, they ask how we will explore them.”