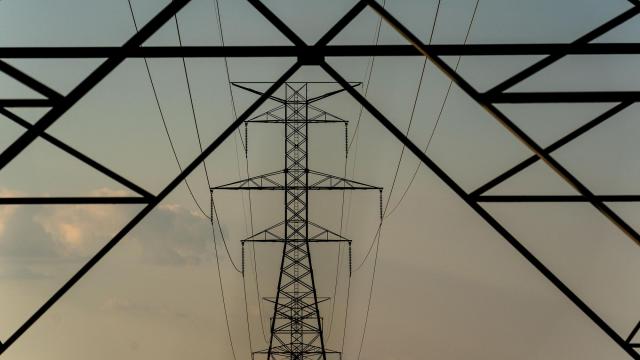 EDITOR'S NOTE: Ken Cuccinelli, a Republican, served as attorney general of Virginia from 2010 until 2014.

As the former Attorney General in Virginia, I’ve been following the advancement of an energy bill -- House Bill 951 -- in the North Carolina General Assembly.

Virginia and North Carolina have similar monopoly-controlled electricity regulations that were put in place nearly 100 years ago. Unfortunately for Virginia, we’re several years ahead of North Carolina in passing (bad) new energy laws, some of which have resulted in major costs for customers.  While I was Virginia’s Attorney General, I and others attempted to avoid those mistakes – and now,  I’m hopeful that our ‘lessons in failure for ratepayers’ will help North Carolina choose a different path and make better decisions for your electricity customers.

One of the similarities between our two states is that we each have an “800-pound gorilla” of political influence (with both parties) on electricity rates. In North Carolina, that is Duke Energy, which was a lead negotiator of HB 951 and ensured the deck was stacked in its favor.  It’s no surprise that manufacturers, businesses, poverty advocates, customer advocates like AARP, clean energy and environmental groups and others have expressed strong opposition to the current bill.

I also recognize that electricity regulation legislation is one of the most complicated issues legislators address. There is no other issue with such enormous and long-term consequences for legislators’ constituents.

One way to identify whether a particular piece of legislation is “balanced” between all of those with an interest in the course of electricity regulation is to determine for each of the major subjects addressed: Do both sides benefit similarly? Do they both carry similar burdens or risks?

At nearly 50 pages, HB 951 – passed by the House and currently pending before the N.C. Senate – covers numerous, very technical energy topics; however, every page would impact electricity customers’ wallets – and Duke Energy clearly benefits from every major provision at the expense of everyone else.

A similar structure approved in Virginia several years ago has been disastrous for customers. Virginia regulators just announced that Dominion Energy earned a profit of 13.61% from 2017 to 2020, resulting in $1.143 BILLION in over-collections from customers (i.e., over-earning). To make matters worse, Virginia’s law prevents full refunds to electricity customers.

Multi-year rates can work, but HB 951’s proposed model is flawed. It should be amended to:

HB 951 also severely limits the oversight of Duke Energy by the state Utilities Commission. The reduction of such oversight, coupled with the legislature pre-deciding whether substantial new generation is needed or not (in other words, whether to order customers to bear the costs of new power plants) clearly disadvantages ratepayers.  Again, an unbalanced shift of power from the Utilities Commission to the advantage of Duke and disadvantage of everyone else in North Carolina.

The Commission should be left to judge Duke’s proposed capital projects based on the needs of Duke’s North Carolina customers. The NCUC is in a much better position to competently cake these decisions (and with more expert support) than the legislature.

Until we move away from monopolies (a desirable goal) and increase market competition, the independent role of the Utilities Commission is going to be critical to achieving the balance between Duke’s right to make a reasonable profit and the rights of families and businesses across North Carolina to reliable and lowest-achievable-cost power. HB951 badly misses this balance. Again, no reciprocity.

Another imbalance in HB 951 is the securitization of the costs for closing coal plants. Securitization allows the utility to essentially refinance their debt on the plant(s) being closed to reduce the burden they put on customers’ bills. If the goal is to maximize customers’ savings while reducing Duke’s burden, legislators would encourage securitization of costs associated with closing any coal plants, which are estimated at nearly a $2 billion value.

Instead, HB 951 caps coal securitization, forcing Duke’s customers to pay the balance on a shorter time schedule. Every business prefers to have cash today instead of tomorrow, so Duke clearly benefits and customers clearly pay for this imbalanced provision. No reciprocity.

Finally, the most obviously imbalanced aspect of HB 951 is how Duke’s over-earning (i.e., revenue over the Commission-set return, a.k.a., windfall profits) is treated as compared to under-earning. Duke is free to keep over-earnings above its Utilities Commission-approved rate of return or profit to the tune of approximately $100 million per year. But, if Duke under-earns by even a penny, they can recoup that under-earning.  This is blatantly imbalanced and, once again, advantageous only to the monopoly utility. NO reciprocity.

It is hard to see why any state legislator – Republican or Democrat – would find voting for House Bill 951 to be in the best interest of his or her constituents due to the bill’s dramatic imbalance in favor of Duke Energy at the expense of North Carolinians. HB 951 would take an electricity regulation regime that already unfairly favors the monopoly utility and make it even worse.