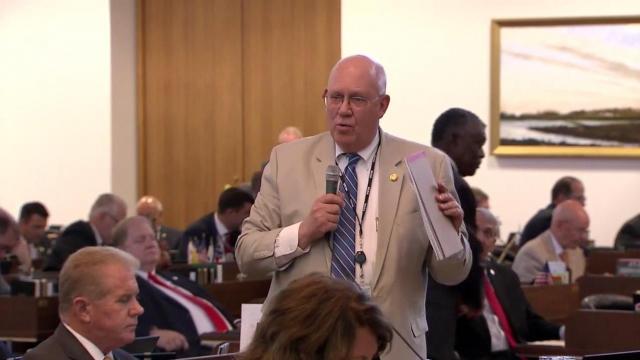 On Oct. 8, 1984, President Ronald Reagan made a campaign stop in Charlotte, just weeks shy of his landslide re-election victory.

During his stump speech, Reagan brought up busing for school desegregation, labeling the program a failure that “takes innocent children out of the neighborhood school and makes them pawns in a social experiment that nobody wants.”

What Reagan clearly didn’t understand was that the Charlotte community took enormous pride in its integrated schools. The next day The Charlotte Observer published an editorial entitled, “You were Wrong, Mr. President” and rebuked the president in a powerful statement in support of school desegregation: “Charlotte-Mecklenburg’s proudest achievement of the past 20 years is not the city’s impressive skyline or its strong, growing economy. Its proudest achievement is its fully integrated schools.”

Fast forward 34 years. The CMS school board’s recent actions in response to efforts by four predominantly white suburban communities to create and fund new charter schools for its own residents have been met with criticism, not support, by The Charlotte Observer editorial writers.

At issue is a resolution to block new school construction in Matthews, Mint Hill, Cornelius and Huntersville unless the communities agree to a moratorium on creating municipal charter schools. It’s not unreasonable for CMS to carefully consider new investments of scarce construction dollars in areas that may no longer want to be part of the district.

Could the school board have handled things better? Given the heated rhetoric on both sides, more caution was probably warranted. But should their response really be the story here?

Thanks to House Bill 514 introduced by Rep. Bill Brawley, these four communities can create their own separate charter schools with preferential admittance of town residents. Their populations are on average 80 percent white, 10 percent black and 6 percent Hispanic. The current CMS student population is 29 percent white, 40 percent black and 22 percent Hispanic.  These new charter schools would be hyper-segregated and mostly white, and would exacerbate Charlotte’s already staggering rate of resegregation.

For many years, Charlotte was known across the country as “the city that made desegregation work.” Charlotte, after all, was the site of the 1971 Supreme Court decision in Swann v. Charlotte Mecklenburg Board of Education, which led to the implementation of a district-wide busing plan to finally put into practice what Brown v. Board of Education had ordered over 15 years earlier. Despite significant backlash, black and white community leaders, parents, and administrators worked together to create a plan to ensure that the racial makeup of district schools was reflective of those of the community overall; and for the most part, it worked.

Research by UNC Charlotte professor Roslyn Mickelson and others has shown that between 1971 and 2002, the majority of CMS students attended racially desegregated schools and achievement for all students improved as a result. Of course, desegregation did not rid Charlotte of its deep, historical racial inequalities, but it was a step in the right direction.

Now Charlotte is making headlines again, but this time, not for accolades. Today, more than 20 percent of CMS schools are 90-100 percent minority. In 1989, it was 0.1 percent. And now, the General Assembly has allowed for the creation of a new type of exclusive charter school for those in the suburbs. ‘White flight’ is being replaced by ‘white fences’.

The city that made desegregation work is now the most segregated school district in North Carolina. The creation of municipal charter schools will only make matters worse. We urge Charlotte’s powerful corporate, philanthropic and media voices that championed desegregation efforts in the past to focus on the likely long-term devastating impact of these new municipal charter schools and less on personalities and school board actions.  Isn’t it time to find some inspiration from the city’s noble history and save the outrage for the effort to take Charlotte backwards?