Katy Perry and Taylor Swift's Bad Blood Ended With an Olive Branch. Here's How It Started. 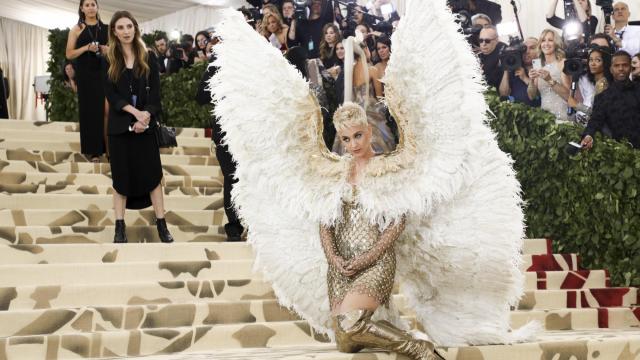 It was the olive branch ‘grammed round the world.

On Tuesday, the yearslong feud between the pop stars Katy Perry and Taylor Swift appeared to come to an end when Perry sent a wreath of actual olive branches to Swift. Band-Aids don’t fix bullet holes, but can foliage?

Swift planted a video of the peace offering on her Instagram account with the words “Thank you Katy” and the potent double-heart emoji.

“So, I just got to my dressing room and found this actual olive branch,” Swift, who was in Arizona for the start of her “Reputation” tour, says in the video as she zooms and pans across the wreath. “This means so much to me.”

The camera also shows a note written by Perry. Repeated viewings suggest it reads: “Hey Old Friend — I’ve been doing some reflecting on past miscommunications and hurt feelings between us. I really want to clear the air” and “I’m deeply sorry.”

So what was Perry apologizing for? And why was Swift so grateful? You’re a busy person who reads The New York Times. But you’re obviously curious. Please allow me to break it down for you. 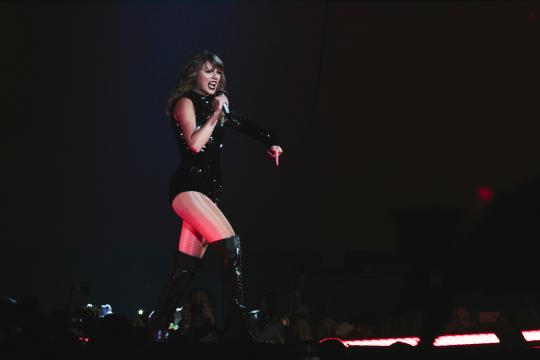 It used to be mad love

In September 2008, Perry and Swift appeared together in a segment at the MTV Video Music Awards, along with singer Miley Cyrus.

All three were nominated for the show’s best new artist award, along with Jordin Sparks, who had won the sixth season of “American Idol,” and Tokio Hotel, an all-male German rock band that would beat all four women.

There appeared to be no bad blood between Perry and Swift.

“I think if we weren’t all, like, crazy about each other,” Swift said, “that would be awkward, but it’s not.”

It later would be.

At one of Swift’s concerts in Los Angeles, in April 2010, she and Perry performed Perry’s single “Hot n Cold” together.

The performance of the song, about an uneven but charged relationship with lyrics like “You’re in then you’re out,” would later prove to be remarkably ironic.

This was a culmination of months of supportive Twitter messages that Perry and Swift had exchanged during 2009.

There were a lot of them.

They seemed to remain friendly for a while, but things changed in 2013. That’s when three dancers left Swift’s “Red” tour after about six months. They were hired by Perry, who was preparing her “Prismatic” tour.

One of the dancers, Lockhart Brownlie, gave an interview to an Australian newspaper in December 2013, in which he explained that all three had previously toured with Perry in 2011. He said that Swift’s tour “was a great experience and she’s a great person to work with, but then Katy contacted us.”

Speculation about a feud grew after a September 2014 article about Swift in Rolling Stone, pegged to the release of her album “1989.”

Swift explained the subject of her song “Bad Blood,” which would become the album’s fourth single. She said a former friend “did something so horrible” to her: “I was like, ‘Oh, we’re just straight-up enemies.’ And it wasn’t even about a guy! It had to do with business. She basically tried to sabotage an entire arena tour. She tried to hire a bunch of people out from under me.”

She later told Rolling Stone that her desire in writing the song “was not to create some gossip-fest.”

That backfired. (See: this rather long article that you’re still reading.)

A tiger don’t lose no sleep

Hours later, Perry sent a cryptic tweet, “Watch out for the Regina George in sheep’s clothing ... ”

The reference, for the unaware, was to the antagonist in the film “Mean Girls,” who, notably, is blond, like Swift. (This is not gratuitous. Hair color will come up again later.)

Perry did not respond to Swift’s comments directly. But her tweet and Brownlie’s previous comments set off a wave of speculation.

Among the clues was a photo of a Grammy Award in the album’s liner notes next to the song’s lyrics.

At the time, Swift had received seven Grammys. Perry had won none. Swift had a habit of burying hidden messages in her liner notes. (This is how fans claim to know which songs on “Red” were about Jake Gyllenhaal.)

One striking element of the “1989” rollout: Swift did not release the album on Spotify. A week later, her label removed her entire catalog from the streaming service. (This would prove important.)

I got your number

In an interview with Billboard in January 2015, ahead of her Super Bowl halftime show, Perry was asked about her tweet and her then-rumored feud with Swift.

“If somebody is trying to defame my character,” she said, “you’re going to hear about it.” But she declined to address the speculation.

Weeks later, in an interview with The Telegraph, Swift also deflected questions. “I’m never going to talk about her in my interview,” she said. “It’s not going to happen.”

Things stayed quiet until May 2015, when the music video for “Bad Blood” was released.

The video depicted Swift as an action hero leading a squad of musicians, models and actors in a crusade against a frenemy who betrays her.

That antagonist was played by actress Selena Gomez, who appeared in a black wig and dark makeup that some said was quite similar to Perry’s coiffure and look at the time.

After nominations for the 2015 MTV Video Music Awards came out, the rapper sent a series of tweets hinting that her video for “Anaconda” would have been nominated for video of the year had she been a different “kind” of artist.

Swift, whose video for “Bad Blood” would eventually win the category, took that as a personal attack. In a since-deleted tweet, she wrote “I’ve done nothing but love & support you. It’s unlike you to pit women against each other. Maybe one of the men took your slot.”

Then Perry weighed in: “Finding it ironic to parade the pit women against other women argument about as one unmeasurably capitalizes on the take down of a woman...”

The first part of her tweet cribs from Swift’s comments. The second part is believed to be about “Bad Blood.”

About a year later, in July 2016, producer Calvin Harris, who dated Swift, revealed the existence of the feud in a series of now-deleted tweets.

Harris unleashed his subtweetstorm after reports broke that Swift had co-written his hit song “This Is What You Came For,” a collaboration with Rihanna. He addressed Swift: “I know you’re off tour and you need someone new to try and bury like Katy ETC but I’m not that guy, sorry. I won’t allow it.”

Swift did not respond. Perry shared a GIF of Hillary Clinton shrugging.

But she’s looking at you

Months later, in September, a fan asked on Twitter if Perry would ever collaborate with Swift. Perry acknowledged that she would — on one condition: “if she says sorry, sure!”

Are you still with us? (Seriously, there are actually important things happening in the news.)

On May 19, 2017, ahead of her album “Witness,” Perry released the song “Swish Swish.” The single, which also featured Minaj, was widely believed to be a diss track in which Perry was responding to “Bad Blood.” Asked about the song by Jimmy Fallon on “The Tonight Show,” she declined to answer.

Funny my name keeps comin’ out your mouth

Two days later, Perry spilled the beans in a “Carpool Karaoke” segment with James Corden, the host of “The Late Late Show.”

After acknowledging that “Swish Swish” was about Swift, Perry said that backup dancers were indeed at the heart of their feud. She also blamed Swift for starting it all by refusing to speak to Perry and releasing “Bad Blood.”

She told Corden that she was ready for the drama to end.

You say sorry (just for show?)

Unless, of course, you count Swift’s decision to return her entire music catalog back to streaming services on June 8, 2017, the same day that “Witness” came out. Perry’s album release seemed lost in all the buzz. Swift dominated the streaming charts.

‘God bless her on her journey’

That weekend, Perry staged a 96-hour YouTube livestream to promote her album. As part of that, in a conversation with Arianna Huffington, she apologized to Swift and said she forgave her.

“I love her, and I want the best for her,” Perry said, later adding, “God bless her on her journey. God bless her. Honestly.” She repeated a similar sentiment in a live performance of “Swish Swish” days later.

Swift did not respond until her Instagram story this week.

And you’re all caught up — for now.