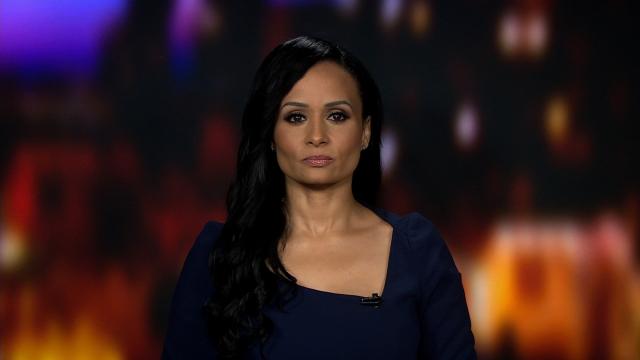 (CNN) — Start here: For months -- years, really -- there have been rumors of outtakes from "The Apprentice" or "The Celebrity Apprentice" in which now-President Donald Trump can be heard uttering a racial slur about African-Americans.

That controversy has been re-stirred by none other than former White House aide/former reality TV "star" Omarosa Manigault Newman, who claims to have heard an audio recording in which Trump says the "n-word." That claim, along with lots and lots of other explosive charges are contained in "Unhinged," Omarosa's tell-all memoir about her time as an aide to Trump.

Trump tweeted Monday night: "I don't have that word in my vocabulary, and never have."

Asked about it Tuesday, White House press secretary Sarah Sanders would not definitively say, instead referring reporters to a tweet.

"The President addressed that question directly," she said, adding, "I've never heard him use that term or anything similar."

When pressed Tuesday on whether any such recording exists, Sanders said: "I can't guarantee anything, but I can tell you that the President addressed this question directly."

Which brings me to Katrina Pierson, a former Trump spokesperson who Omarosa secretly recorded -- along with another Trump aide named Lynne Patton -- talking about the possible existence of the tape. Initially, Pierson denied any conversation of that sort even took place. "That did not happen," she said Monday night on Fox News Channel. "It sounds like [Omarosa is] writing a script for a movie. I've already been out there talking about this. That is absolutely not true. I have no sources with that tape. I have no connections to anyone at Celebrity Apprentice, other than Omarosa."

Then Omarosa went on CBS Tuesday morning and played what she claimed was a recording of the conversation. Here's a transcript of that secretly recorded audio:

Omarosa: "Well, that is not true."

Patton: "He goes, how do you think I should handle it and I told him exactly what you just said, Omarosa, which is well, it depends on what scenario you are talking about. And he said, well, why don't you just go ahead and put it to bed."

Pierson: "He said. No, he said it. He is embarrassed by it."

Which elicited another statement from Pierson -- this time in tandem with Patton, in which the duo seeks to make clear that what they have been denying all along is a specific claim made in Omarosa's book in which she says GOP pollster Frank Luntz told them he had heard Trump use the racial slur on an audio tape. (Luntz has also denied having heard Trump use the word.) "What has been definitively refuted is that we never had a call confirming that Frank Luntz, or anyone else, directly heard Donald J. Trump use derogatory language on this alleged tape," they say. Which, if you're keeping score at home, is not the same thing as saying that Trump definitively never used the "n-word" but rather that a call ever happened in which it was verified that Luntz (or anyone else) had heard Trump say the word on a tape that Trump insists doesn't exist.

Still with me? Good! Because there's more!

Pierson put ANOTHER statement later on Tuesday. This one read:

"During the 2016 campaign, we heard rumors about an alleged tape from 'The Apprentice.' It's clear now that those rumors were always being circulated by Omarosa and her alone. In her secret tape recording of me, it was one of many times that I would placate Omarosa to move the discussion along because I was weary of her obsession over this alleged tape. That discussion was nothing other than sifting through unconfirmed rumors regarding the Apprentice tape."

So. In the course of less than 24 hours, Pierson has gone from dismissing the whole "n-word" tape as "a script for a movie" to acknowledging -- because there is audio of her saying it -- that she seems to admit Trump actually said it.

"Your viewers, I'm pretty sure, have run into an individual that is the complete epitome of annoying to where you absolutely have to finally give in in order to get on about your day," Pierson said on CNN's "Erin Burnett OutFront."

"That happened a number of times because Omarosa is a bully."

That's bad enough. But where Pierson appears to have landed in her Omarosa explanation is even worse. To believe Pierson's current version of events, you have to believe that she acquiesced that the President of the United States used a racial slur solely to move Omarosa off the subject. That's one hell of a way to change the subject! Why not try "Hey, I've got another call, I need to go." Or "Hey, Omarosa, did you personally hear the President use the n-word?"

Either way, it's doesn't pass the smell test.