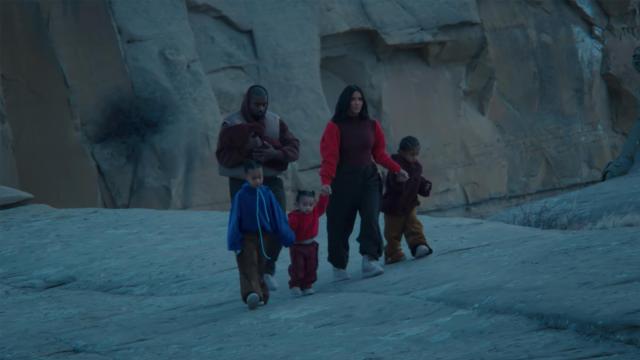 The rapper/producer turned gospel artist (depending on who you ask) first teased the release of "Closed on Sunday" on Twitter before releasing the video.

The song is a single from his "Jesus Is King" album and on it West rap-sings "Closed on Sunday, you my Chick-fil-A/ You're my number one/With the lemonade."

Chick-fil-A famously is not open on Sundays for a day of "rest and worship," according to the company website.

The number one meal is the classic Chick-fil-A chicken sandwich with a side item and a drink.

In the video West is seen resting in a rock formation with his wife, Kim Kardashian West and their four children.

A shot of the entire group present includes his sister-in-law Kourtney Kardashian and her children as well as West's father.

The song centers on family and faith and West is seen at one point dropping to his knees in prayer.

The music video was directed by Jake Schreier in Wyoming where West recently purchased a ranch.