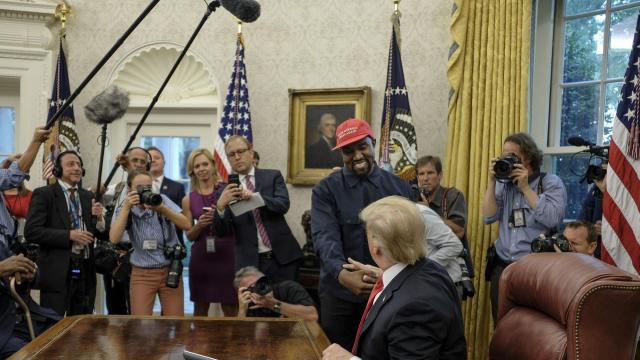 Kanye West, the rapper who became a hero of some conservatives by forcefully supporting President Donald Trump, tweeted on Tuesday that he had been “used to spread messages I don’t believe in” and pledged to stay away from politics.

Such a pronouncement, made in a string of declarations on Twitter, necessitates an immediate list of caveats. Saying you will do something is quite a bit different from doing it, and West has proved to be impulsive on social media. Few will be surprised if the vow does not last long.

Even so, if it is really a turning point, his exiting the political arena would have real-world consequences. And his tweets were the closest he has come to expressing regret over his much-criticized political commentary, which has disappointed many of his fans and peers and earned praise from conservative figures.

West’s withdrawal from politics would also deny conservatives what some of them believed would be a high-profile ally in recruiting black people to the Republican Party. (There was no sign anything like this had been happening.)

And it might suck the air out of a sideshow that has commanded significant attention as the country reels from intense partisanship and violence in the shadow of the coming midterm elections.

Converting his cultural cachet into political notoriety, West had visited Trump in the Oval Office in mid-October and ranted in support of him on “Saturday Night Live.” Widespread news coverage followed each of his political pronouncements, including a call to abolish the 13th Amendment, which outlawed slavery.

It is not clear which messages, exactly, he was referring to on Tuesday, or how broadly his regrets extend. It all seems to have started over a conflict with Candace Owens, a black conservative activist.

Owens has promoted a movement and brand known as Blexit, in which she encourages black people to exit the Democratic Party. West said he had introduced her to a designer to create a logo for the brand, but now he was bristling at being connected to it.

“I never wanted any association with Blexit,” he tweeted on Tuesday. “I have nothing to do with it.”

He also listed some of his political beliefs, including the need for prison reform, gun laws and “love and compassion for people seeking asylum.”

For her part, Owens wrote a blog post on Wednesday saying she was sorry for upsetting West. “His tweets were aimed at me and me only, rightfully, for my personal failings,” she wrote.

For a rapper who in 2005 criticized the government’s response to Hurricane Katrina, flatly stating that “George Bush doesn’t care about black people,” his rightward political turn came over the protests of many of his friends and fans. On his Twitter account, he documented text message exchanges with people, including John Legend, who challenged him on his public statements. He recorded a song, “Ye vs. the People,” in which T.I., in a back-and-forth with West, said he was being “stubborn, selfish, bullheaded, even for you.”

West also seemed to have found a kindred spirit in Trump, with whom he said he shared “dragon energy.” He even wore a red “Make America Great Again” hat as he delivered a 10-minute soliloquy in the Oval Office on Oct. 11, saying, “Trump is on his hero’s journey right now.”