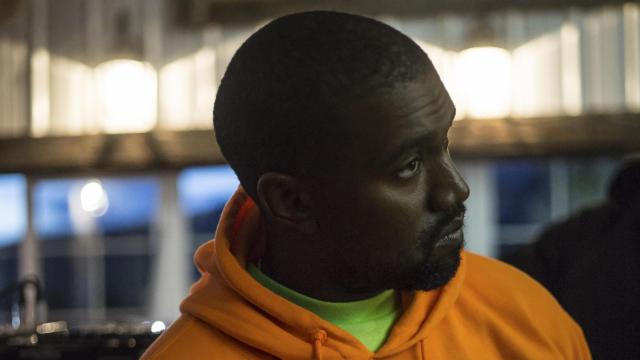 (CNN) — Kanye West's latest album would have been different were it not for his TMZ appearance.

The rapper talked to radio personality Big Boy during a recent listening party in Wyoming for his new album "Ye."

West told Big Boy he "completely redid the album" after his controversial TMZ interview in May.

#IfSlaveryWasAChoice trended and there were calls to boycott West's music because of the comments.

West told Big Boy he removed a musical notation from "Ye" in light of the controversy.

"It was just too sensitive about that topic and stuff," West told Big Boy. "I was like, Yo, I'm just going to chill right now. Let's just keep making some music."

The superstar also talked about being diagnosed with a "mental condition" at the age of 39.

While he didn't specify the diagnosis during the interview, West raps about being bipolar on the song "Yikes." His album cover features a photo of the Wyoming landscape with the words "I hate being Bi-Polar its awesome" scrawled over the photo.

"I think everybody got something," West told Big Boy. "But like I said on the album. I said it's not a disability it's a superpower."

The rapper said despite the anger directed at him (some fans have also been upset by his support of President Trump), he feels like "a family member of the world."

"That's the reason why the world won't let me go, cause I'm a family member," West said. "They might disagree with me on certain s**t, but I'm they family. I been here for 15 years, 18 years."