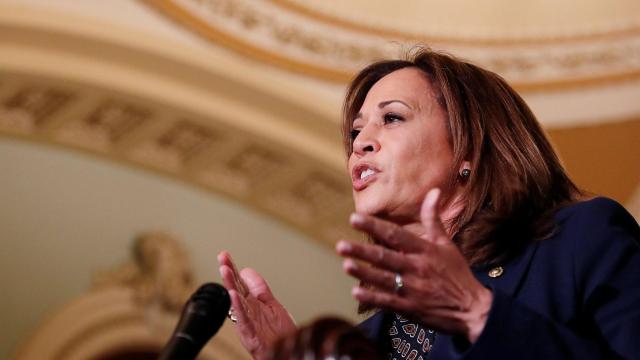 CNN — Kamala Harris did not mention President Donald Trump by name as she officially announced her run for president on Sunday, but she she issued a sharp, mocking attack on his relationship with Russia.

In one of her sharpest attacks on Trump's perceived coziness with Russia, she decried a time, "When we have foreign powers infecting the White House like malware."

As a member of the Senate Select Committee on Intelligence, Harris has been cautious in how she has described the ongoing probes into Russian interference in the US election and particularly allegations that the Trump campaign colluded the Russians.

She has deflected questions about whether Trump should be impeached, stating that she wanted to see Robert Mueller finish his investigation into Russian interference in the 2016 election without interference.

Harris officially launched her 2020 presidential campaign Sunday in her birthplace of Oakland and promising to be a fighter "for the people."

In her speech, she made several pointed allusions to Trump, saying, "people in power are trying to convince us that the villain in our American story is each other."