Juvenile justice report: In 2019, 17-year-olds will no longer be charged as adults in NC

Raise the Age goes into effect in 2019

The biggest change in the report is that, effective December 2019, North Carolina will stop automatically charging 16 and 17-year-olds as adults in the criminal system rather than the juvenile system. This is due to the recent passage of the Juvenile Justice Reinvestment Act.

According to the report, N.C. is the only state that still charges 16 and 17-year-olds as adults. 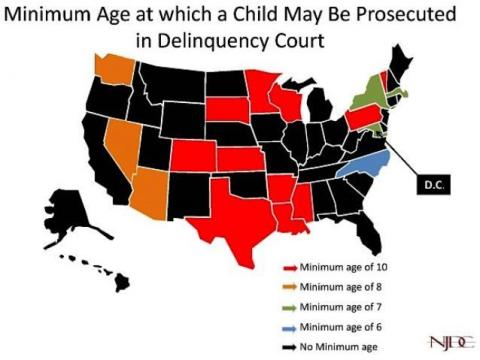 However, the report also states that "Raise the Age" is not an all kids, all crime bill, meaning that certain felonies and all traffic offenses will continue to be handled in adult court.

According to the report, "There is ambiguity as to how the new law will impact youth who are already in the adult system when the new law goes into effect. Youth involved in the adult criminal system before December 2019 may still have to stay in that system."

North Carolina still has the lowest age of juvenile court jurisdiction among all states that specify a minimum age. In North Carolina, children as young as six may be prosecuted in delinquency court for offenses like disorderly conduct in school.

According to the report, the juvenile system is plagued with large racial and gender disparities.

In 2016, African American youth made up 24 percent of the population under age 18 but were subjected to 39 percent of delinquency complaints, 63 percent of detention center admissions and 76 percent of youth development center (YDC) commitments.

Males are also disproportionately represented. While making up 51 percent of the statewide youth population, they were subjected to 66 percent of delinquency complaints, 78 percent of detention center admissions and 96 percent of YDC complaints.

Over 60 percent of those young people ended up going to juvenile court to face potentially life-altering prosecution. It is estimated that, once implemented in 2019, the "Raise the Age" reform will save over 5,500 young people each year from entering the criminal system and facing the negative consequences of an adult criminal record.