JUSTIN SMITH: I visited every N.C. state park in 2017; here's what I learned 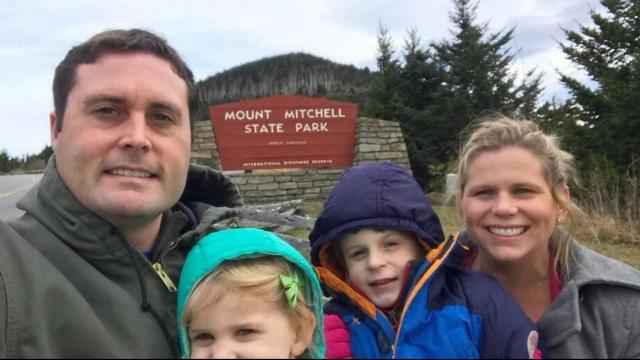 EDITOR's NOTE: Justin Smith is a member of Whiteville City Council. This column was initially published in The Charlotte Observer.

In 2017, I skipped the typical New Year’s resolutions – save more, eat less, etc. – and opted for something that is perhaps equally as challenging but much more fun. I vowed to visit each of North Carolina’s 41 state parks with my 5-year-old son. My wife – bless her – and our 2-year-old daughter accompanied us on many of the journeys.

We started on New Year’s Day at Jones Lake in Bladen County and ended on December 28 at Hanging Rock in Stokes County. In between, we drove thousands of miles and snacked on countless granola bars and bags of Goldfish crackers as we traversed a majority of our state’s 100 counties.

First and foremost, the year-long experience reinforced one of the essential lessons of fourth-grade social studies: North Carolina’s geography is spectacularly diverse. The mountains and the coast get all the glory, but we were equally blown away by lesser-known wonders, like the cliffs that rise 90 feet above the Neuse River at the aptly named Cliffs of the Neuse State Park near Goldsboro and the massive bald Cyprus trees towering out of Merchants Millpond near Gatesville.

But the biggest takeaway had less to do with my children’s immediate needs and more to do with their future: specifically, the realization that North Carolina’s sprawling system of state parks can help bridge our widening urban-rural divide. This may seem like a heavy, odd takeaway from a nature adventure seemingly removed from politics and economics.

But as a recently elected city councilman in my small hometown in the southeastern part of the state, I think a lot about the road ahead for rural communities like mine. For better or worse, I often view things through the lens of “The Two North Carolinas.” Naturally, most of our state parks are located in one North Carolina – the rural one.

My small-town neighbors and I are accustomed to traveling an hour or more to larger communities for work, specialized medical care, shopping, and entertainment – there’s not a movie theatre in my two-county area. But often, our urban counterparts have few reasons to venture into the hinterlands. When I tell people where I’m from, the most common response is, “Oh, yeah, we drive through there on the way to the beach.”

State parks make rural North Carolina a destination, and not just the mountains and the coast. Have you heard of – much less visited – Kelly, Creswell, or Seven Springs? You will, if hiking all the parks is on your bucket list. And while you’re there, hopefully you’ll support the local economy by filling up your gas tank, buying lunch, or picking up s’mores supplies at a Dollar General, the modern-day general store that seems willing to locate in even the tiniest crossroads.

Perhaps more important than the money state park visitors leave behind is what they take back to places like the Triangle, the Triad or Charlotte. Of course, the family memories and Instagram photos are priceless. But equally precious is the greater appreciation park visitors gain for our state’s rural communities, and for the people who call them home.

When you travel to the parks, take the back roads. You’ll see the challenges – boarded-up storefronts, abandoned manufacturing plants, and schools in disrepair. But you’ll also see pockets of progress. You’ll see innovative entrepreneurs taking a chance on ideas, leaders revitalizing downtowns, and optimistic communities investing in their futures. You’ll meet people who don’t want to benefit at the expense of cities, but who understand our state is only as strong as its most underserved areas – be they rural or urban.

Spending a few hours and a few dollars in rural communities might not help much in the short term. But it sets the stage for the long-term benefit – a greater understanding of one another and a willingness to work together to create a bright future for all North Carolinians. Surely that’s a New Year’s resolution we can all support.