Justice Ginsburg returns to Supreme Court for work after fall 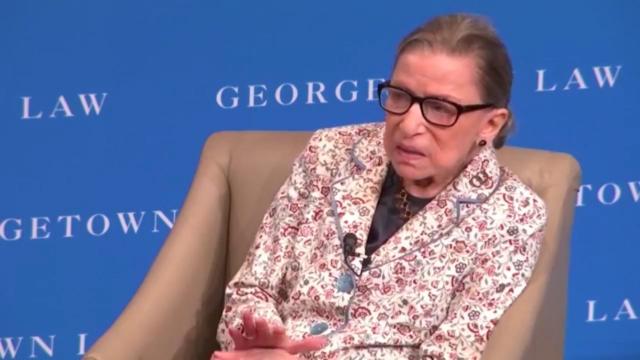 Ginsburg was not on the bench for Tuesday's non-argument session earlier in the day, per a previous Supreme Court announcement.

Last week, Ginsburg, 85, fell in her office and fractured three ribs, but by the end of the week had been released from George Washington University Hospital, where she had been admitted Thursday for observation and treatment.

Supreme Court Public Information Officer Kathleen Arberg had said earlier Tuesday that Ginsburg was continuing to improve and was working from home in the morning.

Ginsburg is the Supreme Court's oldest justice and has previously survived two forms of cancer and a procedure to have a stent placed in her right coronary artery.

However, in July, Ginsburg said she hopes to remain in her position beyond 2020.

"I'm now 85," Ginsburg said at the time. "My senior colleague, Justice John Paul Stevens, he stepped down when he was 90, so think I have about at least five more years."

She was nominated to the highest court in 1993 by President Bill Clinton, and has become a cultural icon for progressives in recent years -- acquiring the nickname "Notorious RBG," in reference to the late rapper Notorious B.I.G.