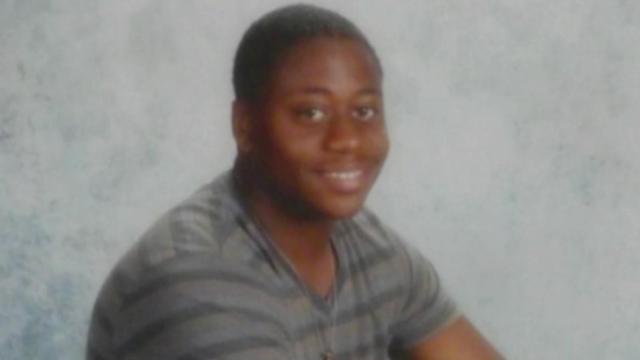 Raleigh, N.C. — The U.S. Department of Justice said Thursday that it has closed its investigation into the hanging death of a Bladen County teen after finding no evidence to pursue any federal civil rights charges.

Lennon Lacy, 17, was found on Aug. 29, 2014, hanging from a noose fashioned from two belts and tied to a swing set in Bladenboro. Local authorities ruled it a suicide, but family members and NAACP officials pushed for an outside investigation, saying authorities had rushed to reach a conclusion and didn't fully investigate the case.

Federal investigators reviewed law enforcement reports, statements made by Lacy’s family members and friends, witness statements, social media postings, footage from security cameras in the area and forensic evidence reports. They also interviewed people Lacy’s family members said might have information about or been involved in the teen's death.

"After a careful and thorough review by a team of experienced federal prosecutors and FBI agents, the Justice Department found no evidence to suggest that Lacy’s death was a homicide. Accordingly, the investigation into this incident has been closed," the U.S. Attorney's Office said in a news release.

Officials from the Justice Department’s Civil Rights Division, the U.S. Attorney’s Office and the FBI met with Lacy’s family on Thursday to inform them of the decision.

On Friday, the NAACP issued a statement thanking federal investigators for their efforts.

"Although federal representatives were unable to answer all the family's lingering questions about some evidence, Ms. Lacy and NC NAACP lawyers were satisfied the federal authorities had tried to conduct a thorough investigation," the statement said.

"The NC NAACP and Ms. Lacy have always said that we can take the truth and that it will set us free. Ms. Lacy and the NC NAACP will take some time to process this news before announcing their next steps in the case," the NAACP statement said. "There is no statute of limitations on a murder case."