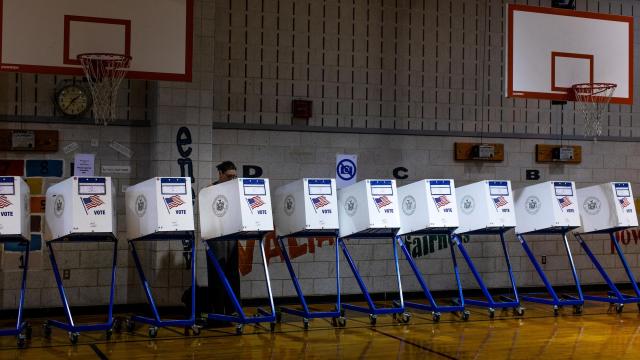 WASHINGTON — Russians working for a close ally of President Vladimir Putin engaged in an elaborate campaign of “information warfare” to interfere with the midterm elections, federal prosecutors said Friday in unsealing a criminal complaint against one of them.

The woman, Elena Alekseevna Khusyaynova, 44, of St. Petersburg, was involved in an effort “to spread distrust toward candidates for U.S. political office and the U.S. political system,” prosecutors said.

Court documents provided a detailed look into Russian efforts to “sow division and discord” in the U.S. political system, thanks in part to Khusyaynova, a fastidious manager and bookkeeper.

Khusyaynova managed millions of dollars for a company owned by Yevgeny V. Prigozhin, a Russian oligarch sometimes called “Putin’s chef.” He was indicted in February on charges of interfering in the 2016 presidential election, to finance foreign influence activities directed at the United States. Some of the money was spent on advertising on social media in the United States, buying internet domain names and “promoting news postings on social networks.”

The conspirators seized on divisions in U.S. politics, prosecutors said, including immigration, guns, race relations, women and even the debate over the protests by NFL players during the national anthem. They adopted a variety of ideological perspectives, writing on varied topics and from opposing views, prosecutors said. No one was named in court papers besides Khusyaynova.

The conspirators “took extraordinary steps to make it appear that they were ordinary American political activists,” prosecutors wrote, and were directed to create “political intensity through supporting radical groups, users dissatisfied with social and economic situation and oppositional social movements.”

The conspiracy detailed in the complaint was part of broader political disruption effort known as “Project Lakhta” that began in 2014. Prosecutors said that Khusyaynova was its chief accountant, whose responsibilities were as diverse as paying salaries to renting office space.

According to court documents, Khusyaynova oversaw project activities which included media and influence activities directed at the United States, Ukraine and the European Union.

Authorities that the Russians tried to hide what they were was doing, disguising payments as software support and development from entities controlled by Prigozhin. Affiliates of his companies used 14 bank accounts to finance “Project Lakhta.”

As prosecutors detailed the elaborate effort to interfere in the midterms, U.S. intelligence agencies said separately Friday that they had no evidence that physical voting systems have been compromised.

But in a statement from the director of national intelligence, the Homeland Security Department, the FBI and other agencies, intelligence officials said they believe foreign interference continues to be a threat to American democracy.

“We are concerned about ongoing campaigns by Russia, China and other foreign actors, including Iran, to undermine confidence in democratic institutions and influence public sentiment and government policies,” the statement said.

The statement said that the federal and state government have improved their monitoring of efforts to disrupt the upcoming elections and increased their intelligence sharing. While state and local governments have reported attempted intrusions, the statement said that “state and local officials have been able to prevent access or quickly mitigate these attempts.” Friday’s announcement echoed a warning two years ago. In October 2016, weeks before the presidential vote, the director of national intelligence and the secretary of Homeland Security issued a statement saying the Russian government had directed compromises of emails from American citizens and political organizations, a reference to the hacks of the Democratic National Committee and John Podesta, the Clinton campaign chairman.

The statement was largely overlooked. Hours later, the recording of then-candidate Donald Trump boasting years earlier to an “Access Hollywood” host about grabbing genitalia became public. And soon after that, Podesta’s emails began to be released by WikiLeaks.