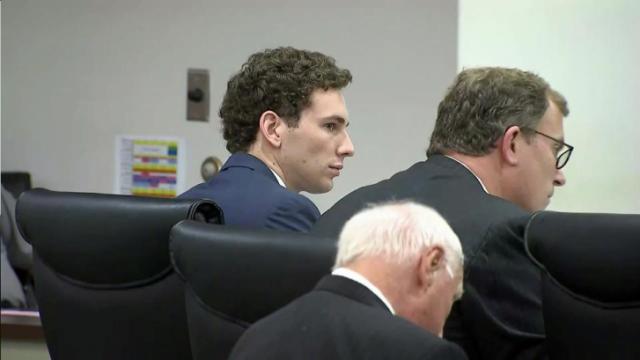 Hillsborough, N.C. — Jurors deliberated for than two hours Thursday afternoon without reaching a verdict on whether a former University of North Carolina at Chapel Hill student is guilty of murder for driving the wrong-way on Interstate 85 last year and killing three people in a head-on collision.

Chandler Michael Kania, 21, of Asheboro, is charged with three counts of second-degree murder in the deaths of Felecia Harris, 49, her friend Darlene McGee, 46, both of Charlotte, and Harris' granddaughter, Jahnice Beard, 6, of Brooklyn, N.Y.

Kania was headed north in the southbound lanes of I-85 near the Interstate 40 split in Orange County on July 19, 2015, when his Jeep Wrangler collided head on with Harris' Suzuki sedan. Harris' daughter, Jahnia King, 9, survived the wreck but was seriously injured.

Kania pleaded guilty last week to three counts of felony death by motor vehicle and one count each of felony serious injury by motor vehicle, driving while impaired, driving the wrong way on an interstate, driving after consuming alcohol as a minor, possession of alcohol by a minor and having an open container of alcohol in a vehicle.

But his attorneys, who put up no evidence during the week-long trial, have argued that the case is merely a drunken driving case that doesn't rise to the level of murder.

Witnesses for the prosecution said Kania was drinking and smoking marijuana throughout the day and night before the crash, and Orange County Assistant District Attorney Jeff Nieman introduced evidence to suggest Kania also texted while driving on occasion.

Kania was in a heated argument with a fraternity brother and then fought with two friends who tried to stop him from getting behind the wheel, throwing one to the ground, according to testimony.

To convict Kania of second-degree murder, prosecutors must show that he acted with malice in the collision. Deliberations will continue Friday morning.