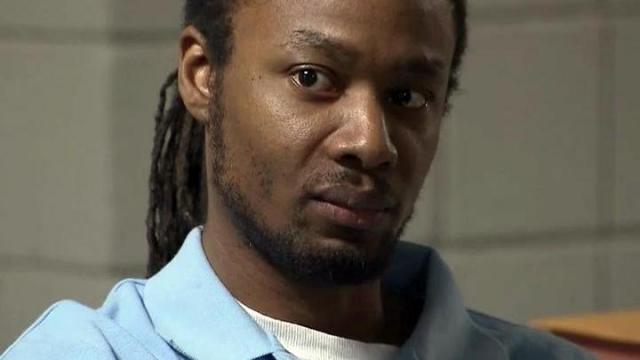 The eight-man, four-woman jury last week convicted McNeill, 32, of first-degree murder, first-degree kidnapping, sexual offense of a child, indecent liberties with a child, human trafficking and sexual servitude in connection with her death.

That decision took almost eight hours over two days, but jurors didn't even have to call out for lunch Wednesday before handing down the death sentence.

"I submit to you, without hesitation, that the only punishment appropriate in this case – for these crimes – is the death penalty," Assistant Cumberland County District Attorney Robby Hicks said in his closing argument Wednesday morning.

McNeill, who is the first person to be sentenced to death in Cumberland County in six years, declined to make a statement in court.

Shaniya's father, Bradley Lockhart, berated McNeill after the sentence was announced, saying he treated the entire trial as a joke and his demeanor made a mockery of the court.

"The media glorifies you as you walk in with smirks and smiles," Lockhart said. "I'm not going to worship you. I'm going to pray for you."

He added: "I think of those last seconds, and you were the last thing my daughter got to look at."

After offering no evidence in his defense during the trial, McNeill told Superior Court Judge Jim Ammons on Tuesday that he wanted no one to testify on his behalf before sentencing. He even forbade his lawyers from offering any closing arguments to jurors.

“My goal was freedom. I lost my freedom. What does it matter after that?” he said.

Lockhart and Shaniya's half-sister wept Tuesday as they described for jurors the difficulty in dealing with her death.

"It's been a long road," Lockhart said Wednesday. "At the end of this verdict, nobody has really won here. I'll never get Shaniya back. You took that from me."

Before McNeill was taken in handcuffs out of the courtroom, Ammons spoke to him.

"May God have mercy on your soul," he said. "You did not have to kill that child."

Ammons then turned to Shaniya's family.

"I can't give you justice," he said. "The jury has given you what we as humans – the best we humans can do – to give you justice. Justice would be if I reversed all of this, and I can't."

McNeill's mother, Juanita Bell, who left the courtroom in tears Tuesday after her son would not let her testify on his behalf, showed now emotion Wednesday. She and other family members declined to comment.

Shaniya's body was found on Nov. 16, 2009, in a kudzu patch off N.C. Highway 87 on the Lee-Harnett county line, six days after her mother reported her missing from their Fayetteville mobile home.

An autopsy determined that she had been suffocated, and she had injuries "consistent with a sexual assault" shortly before she died, according to a medical examiner.

Assistant District Attorney Rita Cox told jurors that the girl died "a slow, agonizing death," with a "carcass wasteland for her burial site."

Cox said McNeill knew what he was doing the night Shaniya was taken from her home, and he even talked to police a few days later after being seen with the girl at a Sanford hotel "because he thought he could manipulate them."

McNeill insisted in his nearly six-hour interview with police that he merely took Shaniya to the hotel at the request of her aunt, and he then handed the girl off to somebody he thought was a relative who would ensure that she went to school.

West and Cox told jurors not to be swayed by McNeill's silence in court.

"It may be to invoke sympathy, it may be a simple act of defiance or it may be manipulation," West said. "I ask you to follow the law in this case.

"Don't let it manipulate you into feeling sympathy for the defendant," Cox said.

Defense attorney Butch Pope said he and his co-counsel, Terry Alford, had never as stubborn as McNeill. If McNeill would have allowed the attorneys to present testimony on his behalf, it may have "put on a human face" and possibly kept him off death row, Pope said.

"As defense lawyers, we can't help but wonder if that would have made a difference, if we would have been able to present the mitigating evidence," he said.

McNeill becomes the 153rd inmate on North Carolina's death row. The last person from Cumberland County sentenced to death was Eugene Johnny Williams, who was convicted in 2007 of killing two people in a dispute over a stolen motorcycle.

No executions have been carried out in the state since 2006.

Investigators say Shaniya's mother, Antoinette Nicole Davis, sold her to McNeill to pay off a drug debt. Davis is charged with first-degree murder, indecent liberties with a child, felony child abuse, felony sexual servitude, rape of a child, sexual offense of a child by an adult offender, human trafficking and making a false police report.

She will be tried later this year, but prosecutors aren't seeking the death penalty against her.