Raleigh, N.C. — Jurors in the murder trial of Seaga Edward Gillard on Friday got to see surveillance video that shows the moment two people were shot to death in a Raleigh motel.

On Tuesday, closing arguments were made in the trial at the Durham County Justice Center.

Security cameras at a motel near Crabtree Valley Mall captured the deaths of a man and a woman 14 months ago and helped Raleigh police identify their killers, prosecutors have said.

Gillard, 30, is charged with first-degree murder in the deaths of April Lynn Holland, 22, and her boyfriend, Dwayne Garvey, 28, at the Americas Best Value Inn, on Arrow Drive off Glenwood Avenue. Gillard could face the death penalty if convicted. 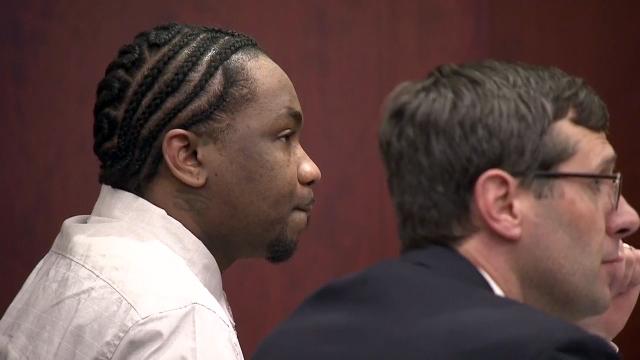 On Friday, the prosecution played the video that shows a hallway confrontation between Gillard and Garvey.

They say Gillard and another defendant, Brandon Hill, visited the hotel in response to an online ad for prostitution.

Detective Eric Gibney narrated the video, showing Gillard and Hall in the hallway as the other victim, Holland's boyfriend Garvey, walks by.

A few minutes after the men enter the room, Garvey panics and starts beating on the door.

According to prosecutor Katy Pomeroy, Hill comes out, tussles with Garvey and fires a shot. The video shows Garvey stumbling away as Hill keeps firing – seven shots in all. Smoke from the gunshots obscures the camera.

As Hill exits down a hallway to the left, prosecutors say Gillard follows him, firing back into the hotel room doorway at Holland. She was found dead in the room with two gunshot wounds. 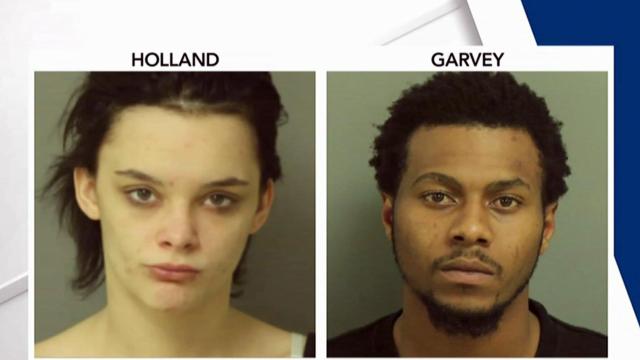 Gillard's attorneys say the murders were not premeditated.

"Nine shots are fired from two separate guns, and two people are dead in the span of 10 seconds," defense attorney Edd Roberts told jurors in his opening statement. "It is a horrible thing that happened. It was chaotic. It was random. It was tragic."

But prosecutors are establishing a pattern by Gillard and Hill. The two men are suspected of raping and robbing at least one other prostitute in Morrisville just a few weeks earlier, and prosecutors say someone used Gillard's phone to look up the penalty for fetal homicide before the crime took place.