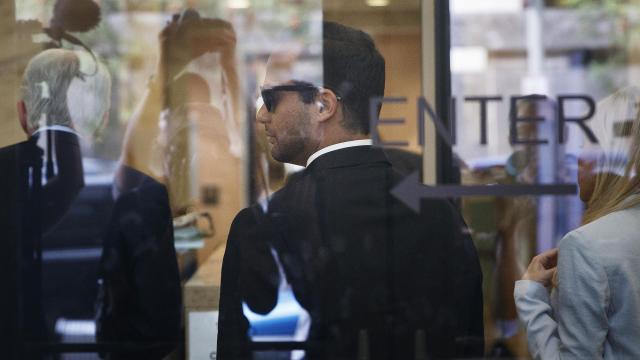 Papadopoulos was sentenced in September for lying to the FBI about his contacts with Russian intermediaries during the 2016 presidential race, lies that prosecutors said hampered the investigation into Russia’s interference in that election.

In a 13-page opinion, Judge Randolph D. Moss of U.S. District Court for the District of Columbia said Sunday that the window for Papadopoulos to appeal his conviction had ended Sept. 25, and that he had “failed to carry his burden of demonstrating that a delay in the execution of his sentence is warranted.”

A lawyer for Papadopoulos, Christopher LaVigne, said that the court’s decision was an unfortunate result in an inequitable case, but that Papadopoulos decided not to appeal.

“Given the immense power of the special counsel’s office and the costs to Mr. Papadopoulos of continuing to fight, he will serve his sentence tomorrow, and hopes to move on with his life,” LaVigne wrote in a statement.

Moss dismissed a suggestion by Papadopoulos that his prison time should be delayed pending the resolution of a challenge to the appointment of the special counsel, Robert Mueller, who is leading the investigation into Russian interference and whether there were any connections to the Trump campaign.

Lower courts have affirmed the validity of Mueller’s appointment.

Papadopoulos had suggested that the appeal could theoretically find Mueller’s appointment unlawful, and that, in turn, would result in his own conviction being set aside.

Moss, however, said in the opinion Sunday that Papadopoulos did not show that the appeal was likely to find Mueller’s appointment unlawful and, even if it did, such a finding was not likely to provide any new evidence that could set aside his conviction.

He also rejected what he characterized as Papadopoulos’ “eleventh hour” request, filed on Nov. 21, to delay his sentence until he could further appeal any decision about the Mueller case.

The judge said it was filed on “the last business day before he was scheduled to surrender to serve his sentence.”

In court papers filed in August, prosecutors said that because Papadopoulos misled investigators, they failed to arrest a London-based professor who was suspected of being a Russian operative.

In an interview with The New York Times in September, Papadopoulos said he had lied in part because he wanted to distance himself “as much as possible — and Trump himself, and the campaign — from what was probably an illegal action or dangerous information.”

Papadopoulos pleaded guilty to lying to the FBI in October 2017.

Moss had also fined Papadopoulos $9,500 and ordered him to complete 200 hours of community service and one year of probation after his release from custody.