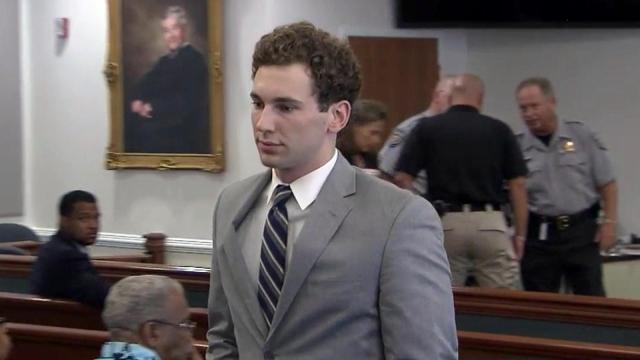 Hillsborough, N.C. — A Superior Court judge rejected a defense motion Tuesday to delay the trial of a former University of North Carolina at Chapel Hill student accused of killing three people a year ago in a wrong-way collision on Interstate 85.

Authorities said Chandler Michael Kania was driving north in the southbound lanes near the split of I-85 and Interstate 40 in Orange County on July 19, 2015, when his Jeep Wrangler collided with a Suzuki driven by Felecia Harris.

Kania's trial on charges of second-degree murder, felony death by motor vehicle, felony serious injury by motor vehicle, driving while impaired, driving left of center, obtaining alcohol by a minor and underage consumption of alcohol is set to begin Oct. 3.

Defense attorneys argued Tuesday that they need time to review images from Kania' cellphone and a 15-minute videotaped interview of him by investigators while he was hospitalized after the crash.

Prosecutors said the defense has had a disc of 500 to 2,000 images from Kania' phone since December. They also have had the audio portion of the 15-minute video for nine months, prosecutors said, noting that the video didn't transfer properly initially but was recently handed over to the defense.

Kania's lawyers said the audio was poor quality, and they needed more time to analyze the video. Judge Allen Baddour said a teenager could have fixed the problems with the video and audio, so he wasn't going to put the trial on hold because of that.