Pittsboro, N.C. — A judge on Monday issued a restraining order prohibiting the removal or relocation of a Confederate monument outside the Chatham County Courthouse, which was the subject of a weekend protest.

Superior Court Judge Charles Viser agreed to halt action on any plans to move the statue for at least 10 days based on a request filed by a local chapter of the United Daughters of the Confederacy.

In August, the Chatham County Board of Commissioners voted that the statue must be removed.

County officials said they were disappointed by the judge's decision.

"While Chatham County respects the judge’s ruling, we are disappointed in the outcome and look forward to continuing to present our case at the November 8, 2019 hearing," a county spokeswoman said in a written statement.

The United Daughters of the Confederacy, which donated the statue to the county in 1907, filed suit last week to halt the county's plans to remove the monument.

The statue prompted a demonstration on Saturday during which two men were arrested.

Lt. Sara Pack, public information officer with the sheriff's office, said Calvin James Megginson, 29, of Pittsboro, and Timothy James Osborn, 24, of Carrboro, were each arrested for inciting a riot and affray. 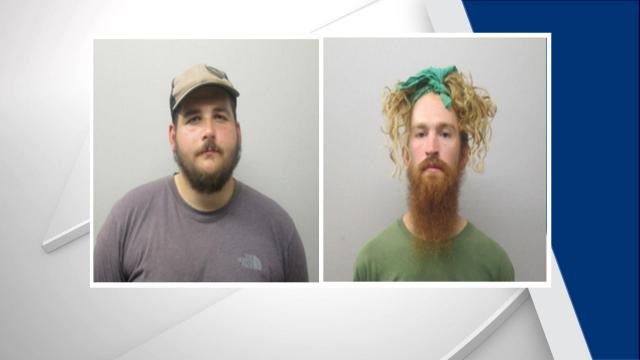 Officials said law enforcement were monitoring a peaceful protest until mid-afternoon, when two subjects engaged in a physical altercation. Both were later released on a written promise to appear in Chatham County District Court in Pittsboro on Nov. 13.

“We respect every resident’s right to peacefully assemble in nonviolent protest or support of their beliefs. However, unlawful or violent behavior will not be tolerated,” Sheriff’s Office Chief Charles Gardner said in a press release.

The two men were part of the latest demonstration held on Sanford Road in Pittsboro.
Last Saturday, about 125 to 150 protesters and counter-protesters were near the courthouse, where the monument has stood for more than a century.